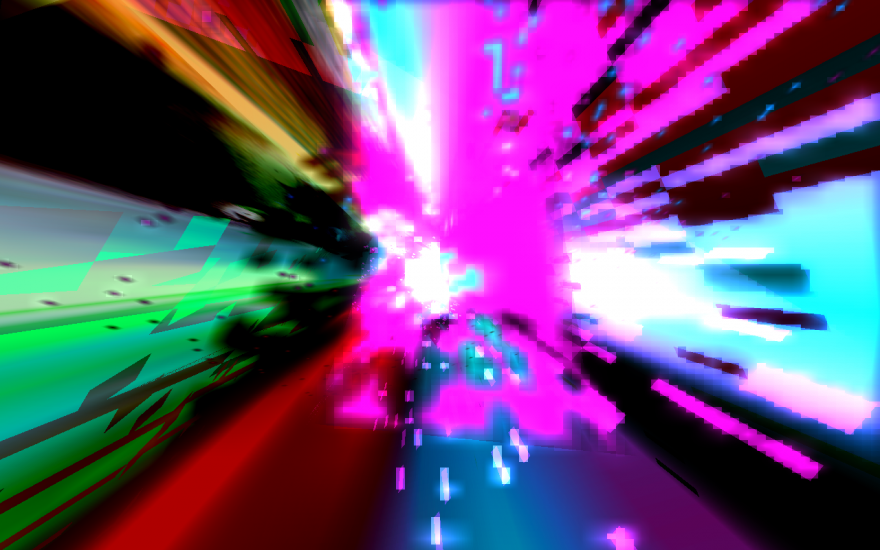 There are theorists out there that will tell you the “Star Gate” that astronaut Dave Bowman passes through in 2001: A Space Odyssey is millions of years old, exists inside a monolith they refer to as “-2,” and to create it an alien race had to destroy one of Saturn’s moons. This is all accepted as canon.

It’s as crackpot as it sounds, with sentences pulled in from Arthur C. Clarke’s novel as evidence, mismatches found in Kubrick’s version excused as being a victim of the complications of film production. The fans of 1968’s pioneering science fiction film find themselves unable to stop trying to unravel its every word and frame, even today.

The warping colors of ‘s visuals have become shorthand for a psychedelic trip.

All of the talk of Star Children and interstellar highways that these people engage in seems like an estranged hangover from previous decades. You’d expect it in the 70s, when Bowie still ruled the Earth. But, of course, ‘s own “Space Oddity” era was just one of the many realities that Kubrick’s 2001 made possible.

In fact, Douglas Trumbull’s “slit scan” visual effects for the Star Gate sequence in 2001 ballooned out into a motif for the stoner-crazed 60s and 70s. Certainly, the warping colors of ‘s visuals have become shorthand for a psychedelic trip. You can see variations of it being used in places today as the go-to when wanting to portray drug-induced spiritualism as a bridge to enlightenment.

The Star Gate sequence is why the whirring, abstract tunnels of neon that you pass through in shooters such as Dyad and Rez are often described as psychedelic and trippy. It also helps that being high can enhance the vividness of colors, meaning that visuals like these draw stoners to them like moths to a flame (I should know, as an experienced moth at that flame).

These shooters come so close to putting us in the space shoes of Dave Bowman as he travels through the Star Gate, but Ian MacLarty’s game brings us even closer. Black Hole Interior Explorer is as the title describes: you move through warped bright lights at your own pace, twisting and turning to take it all in. By pressing ‘P’ on your keyboard you engage in auto-pilot and can sit back (or press your face against the monitor) for the ultimate in spacey trips.

Best of all: you shouldn’t need any out-there theories or to fill your body up with mind-altering substances to enjoy it.

You can download Black Hole Interior Explorer for free on itch.io.