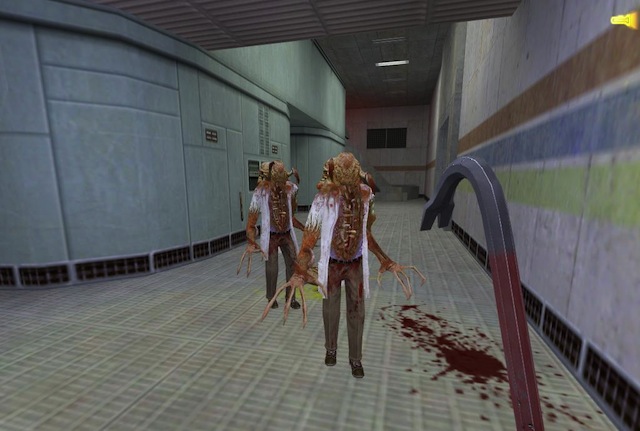 In the music industry, artists copy other artists’ work all the time. It’s called a cover song. But with games, any sign of infringement is hit with a cease-and-desist order. That is, unless your reinvention is nice and shiny, and was previously made by Valve.

Today, the fan-driven community responsible for Black Mesa, last year’s highly impressive remake of Half-Life, announced that they were given the go-ahead to sell their project as a retail product on Steam. This means that Valve will get a cut of the profits. That’s right: This could be the first videogame cover.

Thinking of fan games as covers could be a smart and mutually beneficial way for over-zealous IP holders to protect their brand while dealing with the inevitable: people on the internet are going to copy your stuff. Besides, a lot of great things can come out of covers, such as the Chromatics’ cover of Neil Young’s “Into the Black,” or Danny Brown’s “The Return,” which he has referred to as OutKast’s “Return of the ‘G’, part two.” Interesting things have even come of full-scale imitation, such as the Dirty Projectors’ album-length “cover” of Black Flag’s Damaged. By copying the same song, musicians place an emphasis on interpretation and artistic expression, which is something games should be striving for, too.