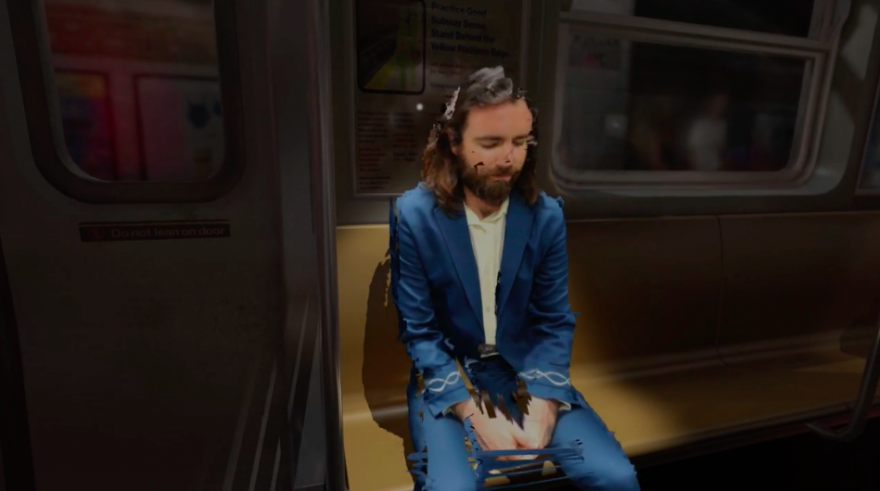 The common conceit associated with virtual reality filmmaking is that the technology gives you a profound insight into the lives of others. More spatial depth, the theory goes, is correlated with more emotional depth. Welcome to the magical empathy machine!

This sort of technological determinism is almost always bunk, but that does not mean VR filmmaking cannot be used as a means to those ends. Blackout, a virtual reality documentary by the creative studio Specular, is the latest work that attempts to use VR as a tool for understanding others, yet it stands out because it seems at least partially aware of the technology’s limitations.

gain insight into the thinking of your fellow riders.

The central conceit of the documentary, which just started its Kickstarter campaign, is that you are a passenger on a train who, when the power goes out, can gain insight into the thinking of your fellow riders. This is like a high concept What Women Want—but, you know, good. There are thirty passengers in this train, each of whom hails from a different walk of life or background. You can navigate Blackout in whatever order you want, but the viewer should always come away with some broader understanding of others.

Achieving such insights into the lives of others, however, requires a good deal of artifice. Specular filmed its interviews with the various subjects of Blackout in a studio before being digitally inserted into the animated train carriage. In order to capture all three dimensions, Specular developed DepthKit, a tool that combines a DSLR camera and Microsoft’s Kinect to translate depth into physical space. It may be a touch presumptuous for Specular to call this technology the future of VR filmmaking, but the results in Blackout’s trailer are nevertheless promising. Characters do appear to have real depth, but the glitches in how these characters are depicted add a great deal of charm. The film easily avoids the uncanny valley.

The transparency of the artifice also helps Blackout avoid the disingenuous trap of most of VR filmmaking and, indeed, many documentary works. Neither technology nor the act of taking footage can guarantee that the viewer will really learn anything about a work’s subject. As Vinson Cunningham notes in an excellent New Yorker essay on the blog-cum-social-media-phenomenon-cum-book Humans of New York:

“The humans in Stanton’s photos—just like the most photogenic and happy-seeming and apparently knowable humans in your timeline—are well and softly lit, almost laminated; the city recedes behind them in a still-recognizable blur. We understand each entry as something snatched from right here, from someplace culturally adjacent, if not identical, to the watcher’s world; there’s a sense (and, given Stanton’s apparent tirelessness, a corresponding reality) that this could just as easily be you, today, beaming out from the open windowpane of someone else’s news feed. Any ambiguity or intrigue to be found in a HONY photo is chased out into the open, and, ultimately, annihilated by Stanton’s captions, and by the satisfaction that he seems to want his followers to feel.”

For formal and narrative reasons, VR filmmaking is bad at momentarily pulling back, which is what these works most often need. I cannot guarantee that Blackout will succeed in this regard, but its approach to filmmaking suggests that it might be more transparent in its intermediation. The people in Blackout are real, but the filmmaking can serve as a useful reminder that you will never know everything about them. That, it turns out, is actually the key to understanding others.

You can support Blackout over on Kickstarter.