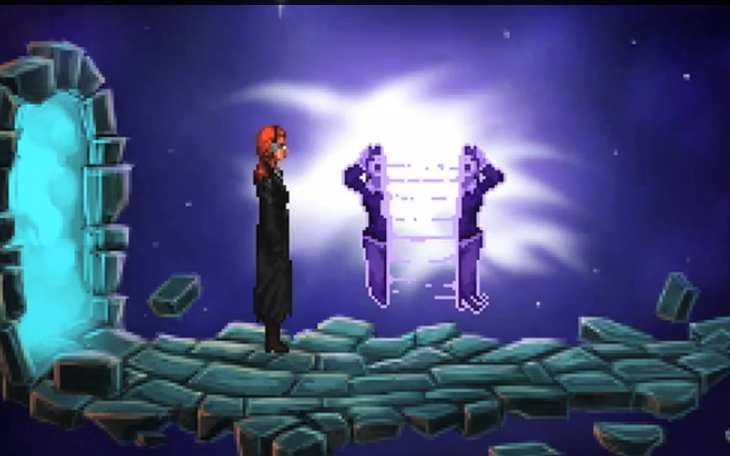 We’ve been graced with a new trailer for The Blackwell Epiphany, the fifth and final game in Wadjet Eye Games’ long-running series about a dejected, undead detective investigating suicides and occult objects. That’s one reason why people love this series: the plot is mature and intricate and long. The game has borne a huge cast of characters that dovetail in a rich, intersecting yarn. The other reason is the overall production quality, with lovely pixel art and totally okay voice acting. Dave Gilbert and company have been doing their part to keep the adventure genre classy, sticking to the old-school ways of the mouse, but raising the bar with the writing and storytelling. It’s coming later this year.