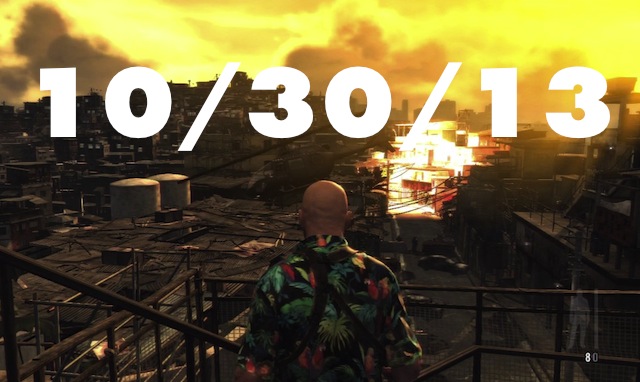 The digital artist Jon Rafman uses scenery from Max Payne 3 in his artwork. He wants to capture the dissonance that arises in playing the game, as the game design department made a game that constantly pushes you forward, but the visual artists created beautiful vistas that are meant to be taken in slow and easy.

Have you mentally extinguished the entire Taboo deck? Turn your face to the moonlight and have a cultural conversation with your friends over The Metagame, the card game where you debate about Beyonce and the mullet and Cats the Broadway musical.

After all these years, we finally know why Blanka was such an insufferable pain in the ass. Akira Nishitani, the Street Fighter 2 designer, shares this:

The Augmented Detective has less than 48 hours to meet its funding goal on Kickstarter. The aim is to augment the streets of LA with film noire, which would be a nice change of pace after Grand Theft Auto 5—you know, once mid-2014 rolls around.

Author Tom Bissell, to whom the name of the fine publication you’re reading apocryphally came in a fever dream, was interviewed by The Paris Review. The games talk is sparing, but plenty of chat about Tommy Wiseau’s The Room.

After what seems like and probably has been years, Desktop Dungeons—the acclaimed, bite-sized & puzzling roguelike—is a go. Also, this is pretty hilarious.

The man notices that there’s a wine glass with lipstick on it on the mantel that got left over. The way Hitchcock would film that, is that every shot of the man and his wife would have the wine glass in it. It’d be in the corner, and then the camera would switch views and it would be over there.