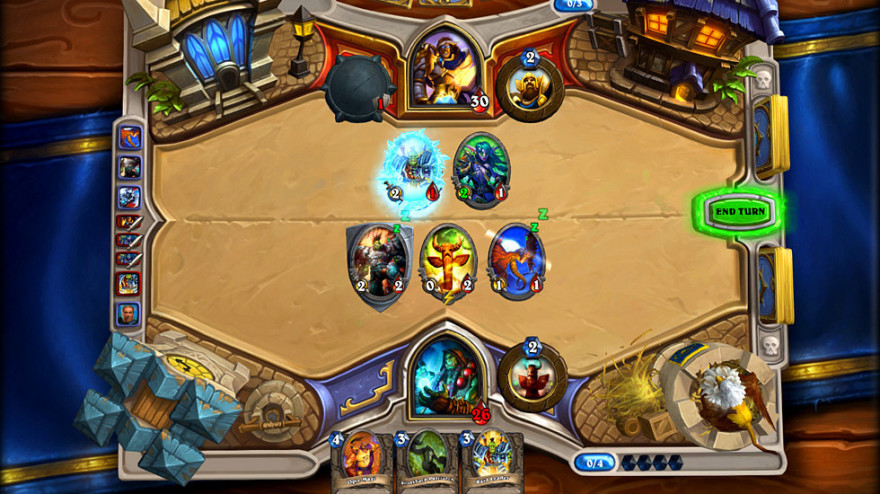 If you love Warcraft and collectible card games and things that are free, then you’re in luck—today Blizzard finally released the open beta of Hearthstone: Heroes of Warcraft in North America. The game’s been in closed beta for awhile, but, this being Blizzard, it’s already blown up. Now’s the time to hop aboard, ye stragglers.

As a card game, it’s fairly straightforward. One of the biggest things that sets it up apart from, say, Magic: The Gathering is its lack of interrupts. You can’t play anything during your opponent’s turn, but things stay up-tempo regardless. We love that a monolithic company like Blizzard was able to release something fast and loose like this. Ubisoft is poised to do the same, with small teams using the UbiArt engine to create Child of Light and Valiant Hearts. Hey, other publishers: where’s your Hearthstone?