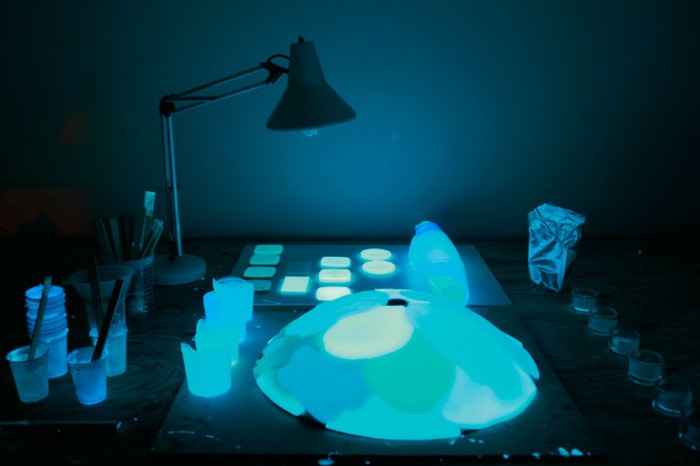 Mike Thompson’s new lamp is not for the faint of heart. The blood-powered device illuminates when owners make the conscious decision to cut themselves on the mouth of the lamp, letting their life juices flow, mixing with the lamps own liquid to create a hypnotic chemiluminescence glow.

Far from a toy and certainly not the reading light of a hemophobic, the art piece is meant to remind us of the growing scarcity of resources in the world today. By requiring an uncommon and outdated sacrifice of ones own blood for a somewhat dim, but enchanting light, owners of the clever light fixture will rethink when they need the light most, especially since the lamp is only good for one use. This will hopefully help owners answer the question of how they can be less wasteful.

Mike’s work is imperative to opening the eyes of those that haven’t fully realized the problem of waste our culture of consumption has created. Currently, 40% of the food in the US has never been eaten, and $130 billion is the monetary amount of energy wasted annually. Though I may not glue a pushpin to my light switch to remind me of the energy we consistently and continually waste, it is nice to witness visionaries like Mike taking a creative approach to deliver their message of change.

Mike believes in design with a conscience – “designers should be aware of the world around them and consider the impact of design looking to the future,” and his blood lamp certainly reflects that. Note: Band-Aids aren’t included. 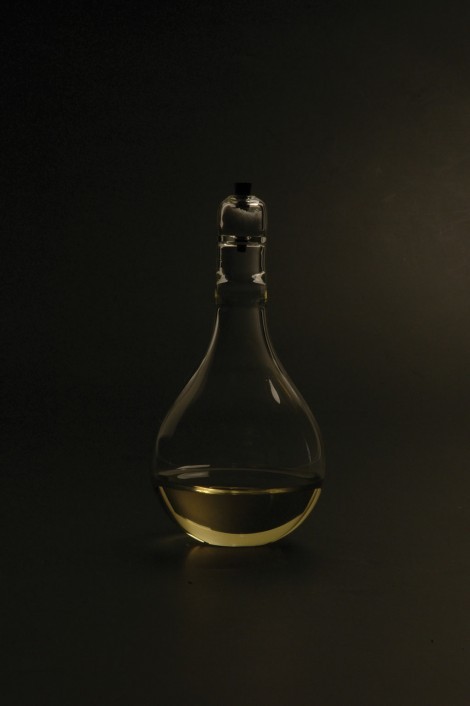 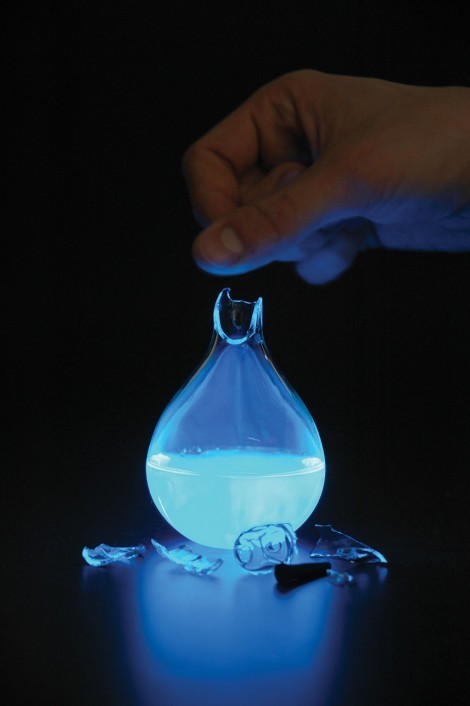 This post was originally written by Christopher Jacks for PSFK.