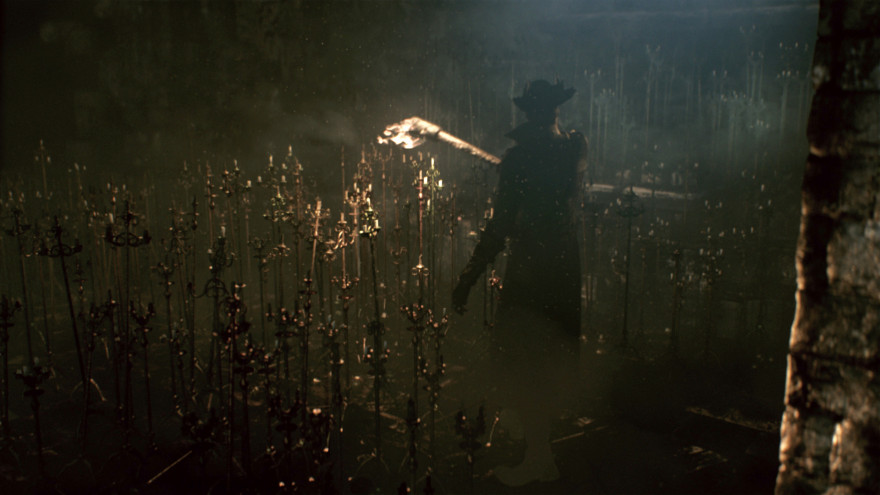 Dark Souls II definitely earned the numeral in its title, whatever you thought of the game proper. It reworked and remixed Dark Souls but there was little in it that felt unfamiliar to series veterans.

But the mastermind of misery himself Hidetaka Miyazaki, absent from Souls II, has returned with Bloodborne – a game leaked a few weeks ago as Project Beast.

In the tradition of Miyazaki’s Demon’s and Dark Souls, Bloodborne is a spiritual successor. The games all share DNA, but as is perhaps evidenced by Bloodborne‘s title, Miyazaki is not holding himself to those conventions. He has mentioned Demon’s Souls‘ Tower of Latria, with its piles of coffins, distinctly Cthuloid cultists, and weird religious iconography as the inspiration for the game’s atmosphere.

In a preview at Kotaku UK, the game is described as all types of unnerving: “profoundly chilling,” yes, but also possessing the sort of decayed majesty that defines this series at its best. Along with tantalizing tidbits like a cleaver that flips out for extended range and, oh, a SHOTGUN(!!!).

While the skeleton of the game is cobbled together from Dark Souls II assets to some extent (Kotaku namechecks at least ten things, including a “struggling frame rate,” that feel verbatim) the aesthetic is totally fresh, even allowing for the Tower of Latria comparison. The crooked cod-Victorian architecture, the fog-choked twilight sky, and the gaslit mobs of torch-wielding townsfolk are a clean break with the dragons, undead, and big old knights of games past. (Well, the undead might still be hanging around.)

The Souls games pulled heavily from dark fantasy like Berserk, but Bloodborne is traveling the stylish gothic horror road of Vampire Hunter D, Hellsing, even that Dracula movie with Tom Waits.

And let’s hope not Van Helsing. But we’re going to give Bloodborne the benefit of the doubt. The Souls games were often creepy, but full-on horror is a new look. Somehow, it seems like it’ll work.