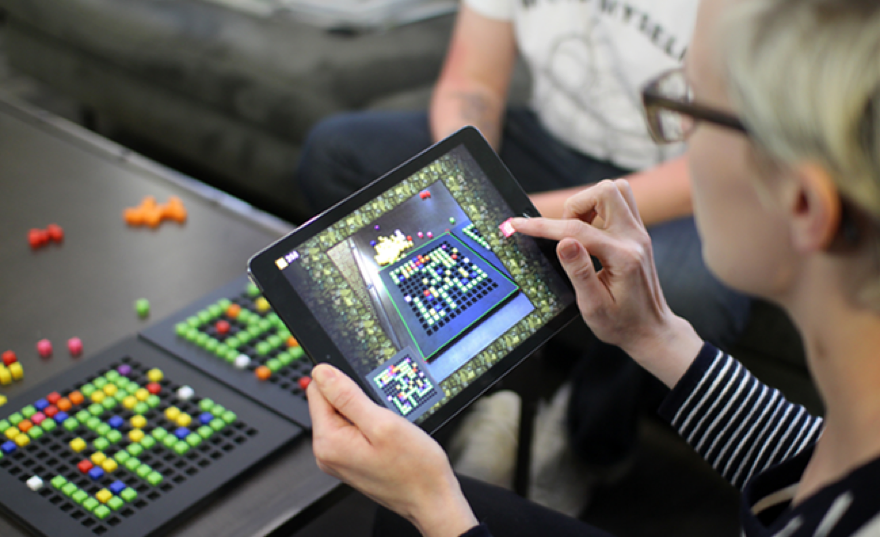 The act of prototyping a game is a game in its own right. It involves the conceptualizing of space and the solving of puzzles. So why not just turn prototyping into a game?

the best of both worlds

Bloxels, which is currently halfway to its fundraising goal on Kickstarter, takes this thought to its logical conclusion. It allows you to layout levels using blocks on a physical gameboard, photograph that board with your mobile device, and then turn that layout into a fully realized game. These games—or, more accurately, levels—can be shared with friends. Moreover, as a player passes through levels, she can unlock a greater array of game-creating tools.

Of course, it is possible to develop a game in an entirely virtual environment, but there’s something to be said for physical heft. Therein lies the appeal of LEGO and games that started off as models, such as Lumino City. Bloxels lets you have the best of both worlds: a game about building blocks that, should you follow through, morphs into a virtual world.

You can support Bloxels on Kickstarter.