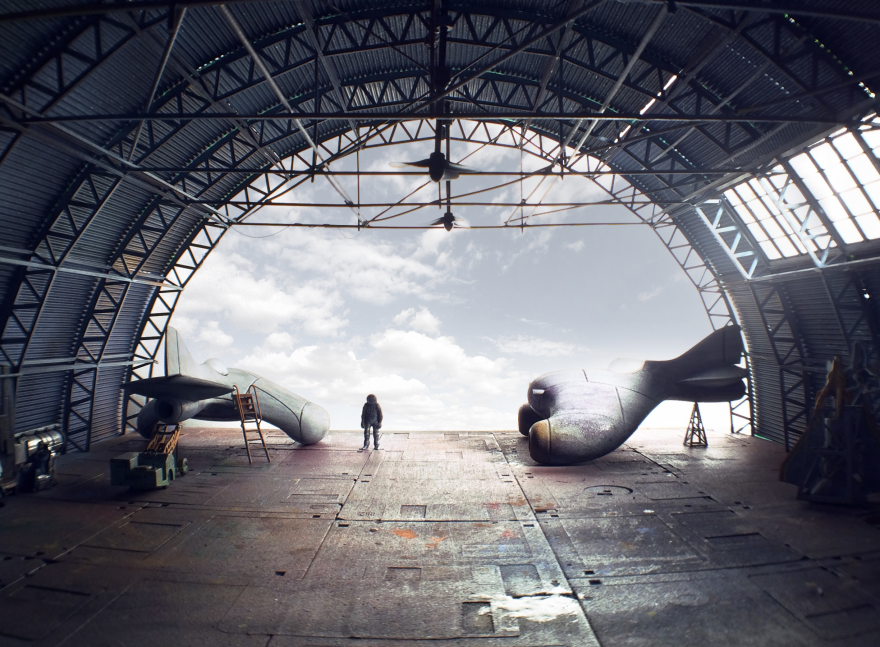 In the seventh grade, I had to make a diorama for a class project, and being on a complete kick of Crimson Skies: High Road To Revenge, I opted to craft something that involved lots and lots of fighter planes.

Might and Delight seems to have been on the same wavelength with diorama-incarnate The Blue Flamingo, except with a professional touch and a lack of amateurish glue marks, and that they made a videogame out of it. The Swedish developer is known for their artistic touch and physical-meets-digital aspect of design, with the concept of Pid coming from paper cutouts. This time around though, the physical element is the star.

This aviation shoot-em-up delights in showing the method of its creation: handcrafted models make up the majority of the graphics, and the effects, such as explosions, were created with various pyrotechnics like firecrackers.

The human touch warms up the game’s look, as it did in LittleBigPlanet, the upcoming Lumino City, or the recent Swapper. The juxtaposition of chaos going on in the air with the pleasant backdrops and little cars merrily going about their own carefree business on the ground makes it oddly pleasing to watch.

Check it out on Steam.