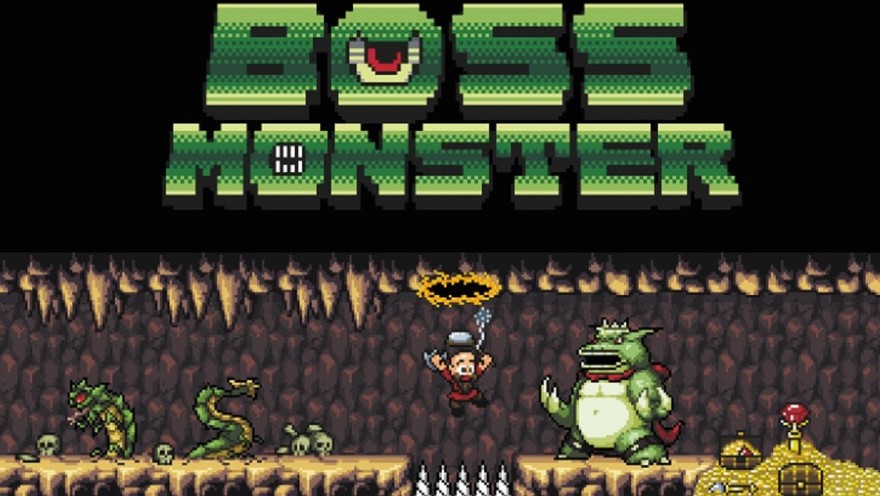 My brother and his wife just purchased a house. Such a simple sentence belies the torture they endured to actually secure this home. I won’t suffer as they did anytime soon, having already borrowed myself into a house-priced MFA education. Nonetheless, between all the repairs, upgrades, painting, upkeep, and compliance with local codes, not to mention neighborhood associations, property taxes, expanded utility bills and so much more, nothing sounds more godawful than homeownership.

Building a dungeon with which to lure heroes so as to reap their souls seems comparably sane. Thanks to Boss Monster, not only is dungeon ownership an analogous possibility, it’s also a convenient and quick-playing one. But as in homeownership, there is a lot to account for with regard to neighbors. They won’t come over directly and tear down your fresh curtains, but they will undercut your dungeon’s appeal to all the beautiful idiots looking to loot the neighborhood.

The point of Boss Monster is to build a series of rooms enticing enough to rob, but deadly enough to prevent do-gooders from busting through to your private chamber and subsequently wounding you. If heroes die, you collect their souls as reward, presumably to drive up the property value. Turn by turn you expand your dungeon, filling its rooms with varying treasure types to lure adventurers in and varying monsters and traps to kill them. Whoever has the most of any kind of treasure invites the corresponding heroes to their doors, and the boss monster to reach ten souls first claims the neighborhood association throne.

After a while we learned to initially treat heroes like vacuum salesmen.

Heroes will roam about from the start while you construct your nightmare castle, so it’s typical to suffer wounds during preliminary turns. After a while we learned to initially treat heroes like vacuum salesmen, until our nests were made proper deadly. There are books for mages, cash for thieves, weapons for fighters, holy relics for clerics, but it’s not about monopolizing a particular strain of hero. You want to diversify your treasure portfolio to better attract those scamps who will be underprepared for the terrors you have stashed away.

In direct contrast to building an addition to an actual house, expanding your dungeon is a delight. Boss Monster is a hit with my group not only because the system is simple to learn and ripe with strategy, but also because the 16-bit art is inspired and the system-spanning videogame jokes are pretty chuckle-worthy. Sometimes you can be dealt a crummy hand and feel like you’re just slogging it out, but we learned to play the heroes rather than just throwing around rooms left and right, finding that things were more manageable than they initially seemed.

You’ll be hard-pressed to find anything else more appealing on the market.

There’s no space for impulse purchases in house-hunting, of course, but I did buy this game on a whim and it’s proven to be a big hit in my immediate game-playing family. As an entry point into tabletop games for a familiarized videogame player, you’ll be hard-pressed to find anything else more appealing on the market. Call off the lawyer, tell the real estate agent to go home, and start breeding brain-suckers for that dream hive, in other words. Those heroes aren’t going to kill themselves.