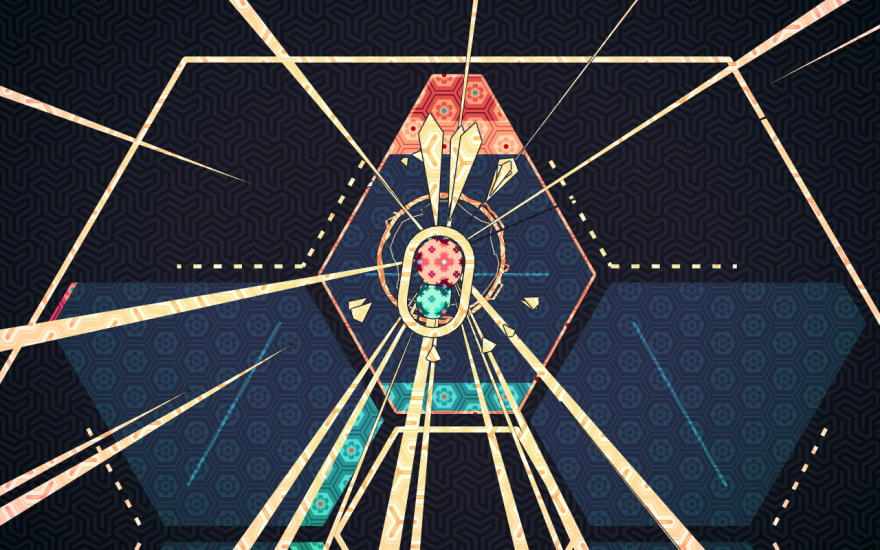 The Floor Is Jelly (2014) creator Ian Snyder is working on a new game, Botolo—a competitive multiplayer title inspired by games like Street Fighter and Smash Bros. With Botolo, Snyder considered three aspects of competitive play: physical skill, mental skill, and game knowledge. Physical skill, “whether or not your hands do the right thing at the right time,” Synder said, is one of the biggest barriers in competitive gaming; likely, the least interesting, too.

“With Botolo, I wanted to reduce the amount of time players needed to spend building those skills first before they could play the mental game,” Snyder told me. To do this, Botolo‘s controls are relatively straight forward; “the whole game is controlled by just a thumbstick and two buttons,” he added. “My philosophy was that if you can imagine it, you should be able to do it.”

So, unlike a game like StarCraft II (2010), where you can have a brilliant plan but totally flub it with the wrong timings, Botolo‘s mental game is unhindered by complicated controls and easy-to-understand gameplay.


Players will have to capture colorful, patterned zones to win matches, all while chasing after and stealing an ability-changing ball from each other. By leaving the game’s core premise simple, Snyder is allowing the mental game—the meta—to add depth. Botolo is about the back-and-forth volley; it’s about developing a digital body language that evolves as the game continues. “Do I flinch when you feint? How do you move when you’re nervous? Am I more likely to block when I’m closer to winning or losing?” Snyder asked. “The body language we create together will be different from that of any other two people. How attentive each player is to that language will usually determine the winner.”

In that way, Botolo is a dance. Or learning a language. In a post on the Botolo blog, Snyder asked players to imagine skill in a game as a kind of language, where anytime players are playing, they’re actually holding a conversation. Players who are very good at the game have typically spent months learning the game’s language, “immersing [themselves] in its grammar of input, and the way [they] play is beautiful, fluid poetry.” Botolo’s simple controls make it easier for new players to learn that language. New players will be able to pick up the language easier than in other competitive games. “I want new players to spend less time learning to speak and more time speaking,” Snyder said.

Botolo will be released in 2016 for PC and Mac. More information is available on the Botolo website and Twitter.