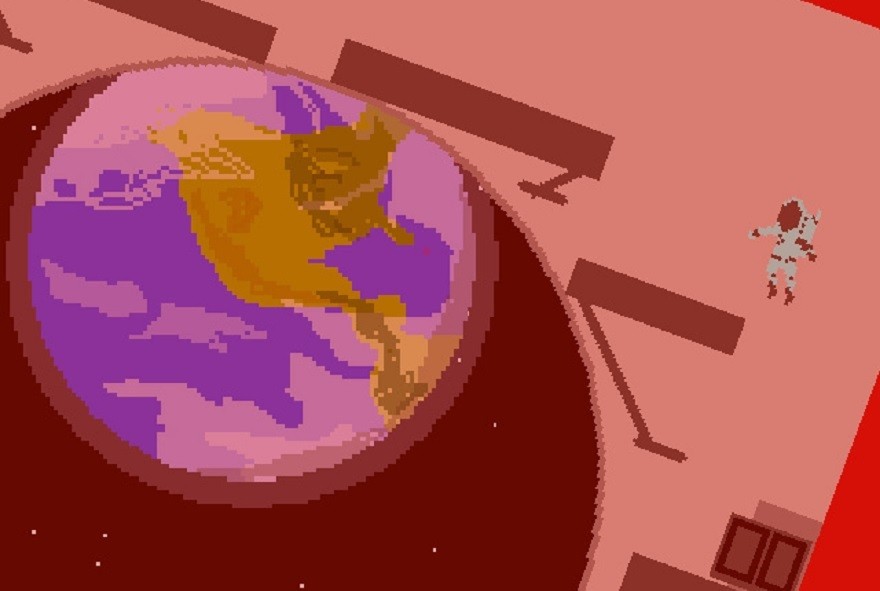 Bottle Rockets is the only videogame to make me tear up on the second playthrough (but not the first). A slow-moving platformer just five minutes in length; a distant Earth viewed from a collapsing space station; a few evocative sentences; and the song “Alberto Balsam” by Aphex Twin. My eyes were turned to small quivering pools.

It took a whole night’s sleep to sink in. From disturbed dreams I awoke reflecting upon this short story about the undying bond between mother and daughter. It’s the more tragic and relatable tale that Alfonso Cuarón couldn’t have possibly told with Gravity, not with ‘s backing and Sandra Bullock as lead.

an effort to vicariously heal my personal sorrow.

Having grown up watching my own mother grieve painfully over the death of my two-year-old brother I found myself revisiting the confused and distraught emotions that I thought I had retired as a toddler. It all came back: The desperate faces of my parents in a hospital’s children’s ward, fists banging against walls, teeth biting knuckles, a sobbing heap coiled on the floor. Later there would be unknown relatives standing solemnly around a tiny grave.

As with To The Moon and That Dragon, Cancer, Bottle Rockets had me realize that it still hurts—my brother’s death and watching my parents suffer—even after twenty years. We let him go so he wouldn’t have to suffer any more. After that day an enormous vulture called Penitence started circling over the heads of us closest to him.  It does still, swooping down through our bodies at the slightest tremble of remorse or misery. My mother still kisses his portrait every night. I used to talk up to him in a dark bedroom, to a ceiling. It’s what shaped me in my youngest years; it’s why I cry, and why I’m so sensitive to the woe of others.

It’s also why, for the rest of that day, I kept going back to Bottle Rockets over and over. It was the hope that I could outlast the song that cuts the game short. Perhaps I’ll find a way to help the mother escape the exploding space station in the next room along? Maybe she can be reunited with her poor daughter? But, as always, I find myself grasping at empty air, clinging to false hope. I’m trying to speedrun a game with the same upsetting end in an effort to vicariously heal my personal sorrow. But I know I can’t—the game, like life, doesn’t allow for it. So I finish playing Bottle Rockets for the last time, hanging on the last line forever…

“I still miss you. Goodnight mom.”

I weep, sobbing into my chest for a moment. Then I rebuild my walls, once again, just as I’ve learned.

Lioness developer Zak Ayles once told me that he doesn’t “feel like any game has affected [him] as strong as certain really great albums or films.” That stuck with me after he said it as I feel the same way, mostly. Zak’s words returned to me when my face contorted and my throat choked with deep, uncontrollable anguish while listening to Alberto Balsam after having played Bottle Rockets. It was at this point that I realized the game had forever changed the song for me. There are emotions and memories attached to it that weren’t before. It means much more to me now.

Bottle Rocket‘s creator James Earl Cox described it as a game for people to play when they feel sad. And it is: Somehow it helps me when I need to tear down my walls for a moment and let it all out. For that reason I can’t quite agree with the sentiment that Zak described, not any more.

You can download Bottle Rockets for free on Game Jolt.