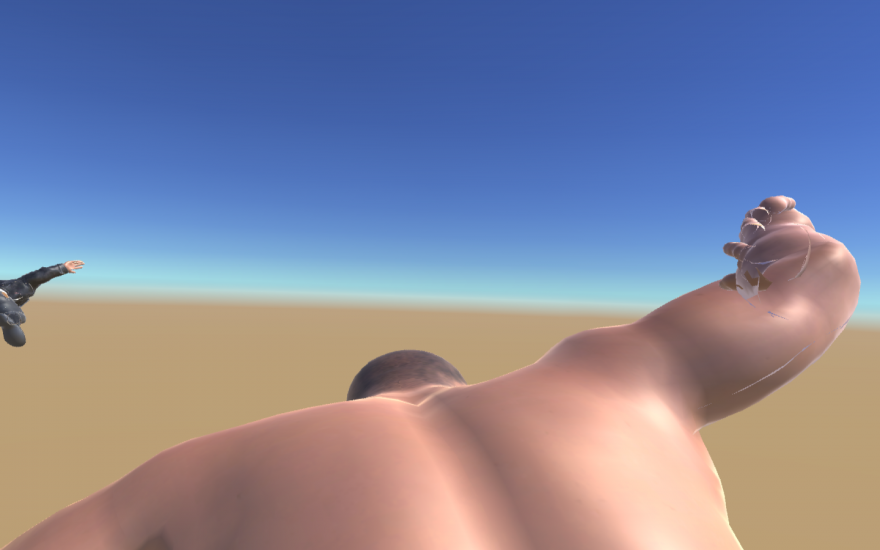 “What the hell did I just play?”

I pause the game after it’s finished and lean back in my chair, utterly confused. The Rock and The Rock promised five minutes of entertainment and it certainly delivered, although it’s taking longer to process what exactly took place.

Created by Kevin Roark Jr., The Rock and The Rock is labeled as a small game/interactive film aimed at telling the story of the inevitable and natural attraction of two rocks. You’re given the option of switching back and forth between the perspective of former WWE wrestler and well-loved actor Dwayne “The Rock” Johnson, or as the beautiful geographical marvel that is a giant rock formation confined to the desert.

a never ending internal monologue of “what the hell is this?”

After spending $1 and downloading the game from itch.io, it was time to see how the love story unfolded. Upon pressing play, my ears were bombarded with an amalgam of sound clips from songs and snippets of conversation that completely overwhelmed me as I tried to take in what I was seeing. The interactive film starts from The Rock’s perspective, the camera providing a terrifying view of the 3D model’s eyeballs and gums reminiscent of the glitchy horrors of other videogames when broken. I found myself preferring to watch as The Rock, providing a bird’s eye view of the situation.

The Rock runs past (and through) a section of the desert where a bunch of televisions show random clips that feature himself (The Rock) and other newscasters. Paired with the constant buzzing of random sound clips, it’s disorienting. But all’s fair in love and war, and the assault on my ears would soon cease and be replaced with something far more sinister. After passing the valley of TVs, The Rock begins to pant. He starts to breathe heavily with a vigor that leads me to believe he hasn’t worked out in years, despite appearances. The gasps for air replace any other sounds, flooding my earphones as I switch back and forth between perspectives.

Eventually, The Rock reaches The Rock and looks up in awe before climbing up the length of the rock hard surface. What happens after he reaches the top is pure insanity, that not only warranted a genuine laugh but also a never-ending internal monologue of “what the hell is this?” This abstract experience is very similar to YouTube videos like Sausage Groove  or Rebirth.

Granite, The Rock and The Rock is the strangest experimental dating simulator I’ve ever played. For fear of spoiling the conclusion, I’ll say this: a pile of rocks are waiting for you (and you don’t need to be an igneous rock to think that’s hot).