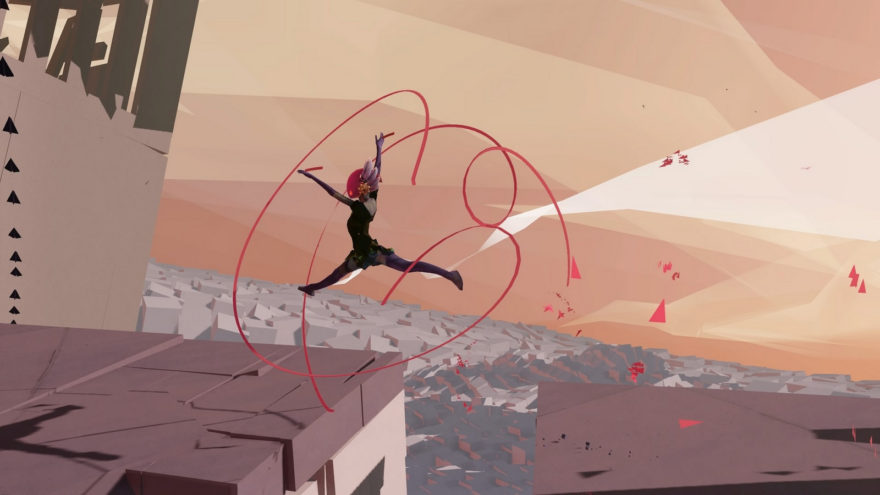 Alongside the newest edition of God of War and a horror VR title, Sony Santa Monica talked about a smaller, quieter game at their E3 Conference. Bound is a 3D narrative platformer set to release August 16th.

Bound doesn’t look like any other game currently out, both in terms of its unique take on low-poly minimalism, its usage of color, and the movement of your unique main character. There’s an easy connection to be made between the effort and work of ballet and game design, in terms of their difficulty and craftsmanship. Both require years of practice and a certain poetry of movement, and at their most well crafted they can seem effortless. Bound takes that comparison and makes it reality through balletic moves and choreography.

Movement in Bound is its own language

That it calls to mind modern dance is certainly no accident. The gameplay trailer that premiered at E3 showcased a series of movements that demonstrated emotion as well as simple transport. Fear is shown as a bodily motion, a quick twist that dismisses natural realism for expression. The character doesn’t simply walk, she shuffles and spins.

Movement in Bound is its own language as the character twists and turns through open fields and down crumbling ledges. It’s lovely and understated, and in a year where E3 seems dominated by games whose innovation is in what manner you shoot another person, it’s a welcome distraction.

Bound is set for release August 16th on PS4.