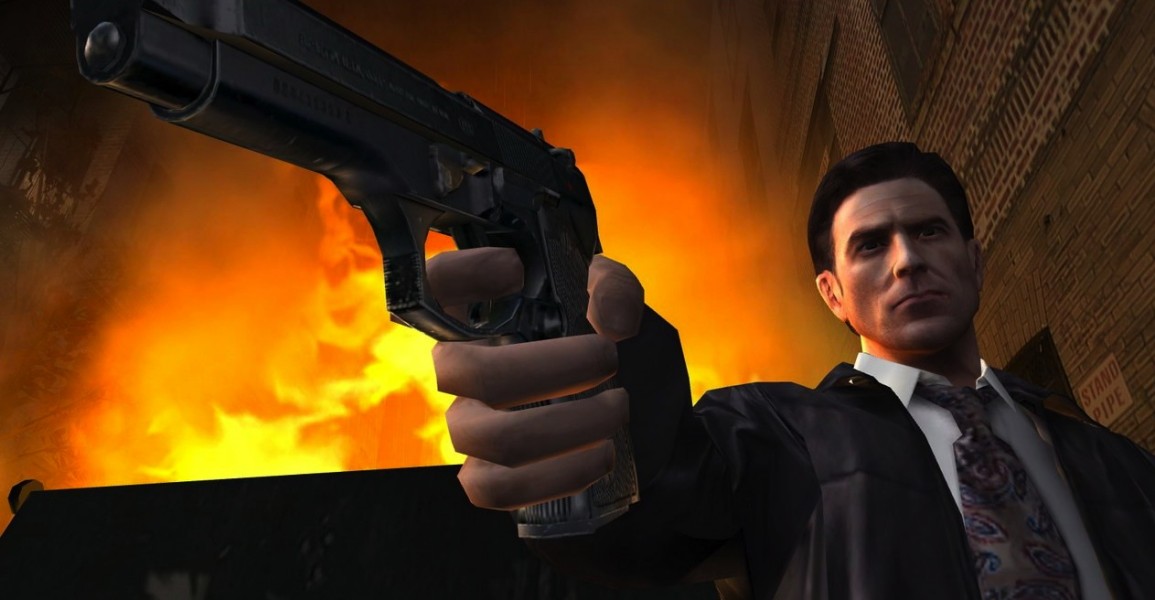 “For this to work, I was going to have to trust her.” Max Payne utters those lines of narration before you take control of him, bursting out of an elevator and slow-mo shooting a handful of personality-less baddies. That line is the crux of just about every single piece of crime fiction created, especially within the noir genre. Noir films, books, TV shows and videogames are consistently populated with shady women whose intentions can’t be known until it’s too late. A tenuous trust in others fuels noir fiction. It allows us, the reader/player/viewer, to feel a palpable anxiety towards each person we encounter. Our decisions, about whom to take at face value and who to distrust, become very real and boast serious consequences. Noir isn’t about over-the-top violence or huge explosions. It’s about subtle inflections, facial tics, and a quiet unease that belies the torrent of angst and suspicion in each character. 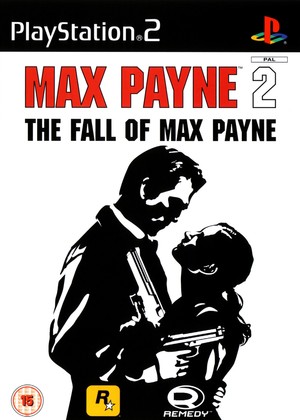 The box art for Max Payne 2: The Fall of Max Payne has no illusions about what atmosphere it’s trying to capture. It’s a stark, minimalistic cover that manages to convey a handful of noir themes with ease. Sure, it helps that the box art hits you over the head with its tagline, “A Film Noir Love Story,” but that doesn’t detract from the wonderfully evocative artwork. The most commonly used box art image is strictly black and white, and depicts titular character Max embracing femme fatale Mona Sax. In Max Payne 2, Mona is a hired gun who’s been procured to kill Max Payne, yet finds herself torn between an obligation to her boss and a newfound desire for her target. It’s an age-old dramatic trope, yet on the cover of Max Payne 2, it feels fresh and exciting because the image captures the tangled, complex emotions of characters within a noir setting.

Max and Mona embrace each other, conveying the obvious sexual tension present throughout the game. They stare into each other’s eyes like lust-driven white people on the cover of a Nicholas Sparks novel. This isn’t a weepy period romance though. Both Max and Mona bring guns to their love-in and look ready to fire at the slightest inkling of a double-cross. In fact, the guns shift our whole perspective. Are they embracing out of genuine affection? Or are they merely coming face to face because it’s the only way to keep an eye on someone you can’t trust? Max’s hand brushes the small of Mona’s back, and it’s intimate yet constricting, loving yet somewhat malicious. Mona’s gun seems poised to move in front of Max’s face at any second. It’s dangerous and sexy and complicated and beautiful. Forget it, folks. It’s film noir.