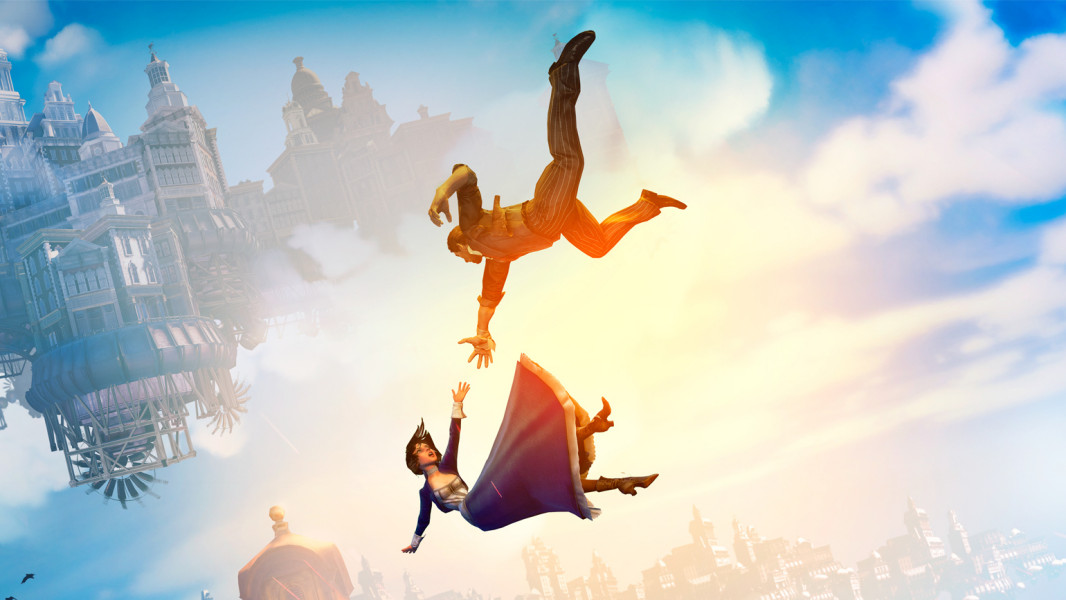 Year in and year out, men, and typically white men, dominate the narratives of the best selling videogames. Looking at the games that have been critically and financially successful over the past few years, there’s no shortage of brooding, heroic and flawed male leads: The Uncharted franchise. GTA V. Every single exhausting iteration of Call of Duty. The Last of Us. Assassin’s Creed. The lone exception might be the Tomb Raider reboot from 2013, but that game doesn’t exactly boast progressive gender perspectives. This quality is not, of course, unique to videogames. All forms of media struggle with proper representation, including movies, TV shows and novels all predominantly crafted around straight white people.

Few videogame covers have captured the whitewashed, testosterone-driven media landscape the way the box art for BioShock Infinite has. It’s a glorious bit of rah-rah patriotism and Charlton Heston-esque “from my cold, dead hands” chest puffing. Few things are as indicative of the current political and cultural climate in the United States as a brooding, grizzled white man wielding a phallic gun in front of a burning American flag. The über-conservative messages of the Tea Party and the GOP, where the suggestion that America losing sight of its “traditional” values has led to a faltering nation, are front and center here. Traditional America is burning, and only a white man with a gun can save us. 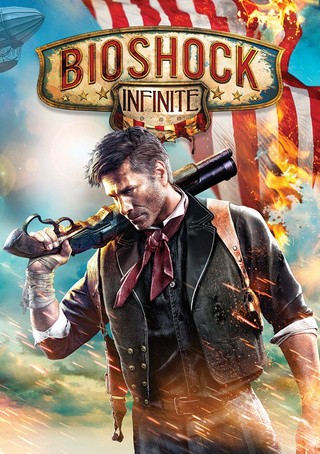 What’s unclear about the box art for BioShock Infinite is whether or not it’s lampooning the current political climate or implicitly perpetuating it. Most likely, it’s doing both, and the box art is representative of the problematic themes explored within the game itself. The game is both an indictment of fervent religious conviction and a story about the healing powers of belief. Also, the game clearly wants the player to draw parallels between its universe and America’s past; yet it’s unclear whether the game suggests that issues of racism and class divide are still prevalent in today’s society, or if by presenting the issues at an arm’s length by placing it within a fictional, futuristic setting, it’s trivializing very real, painful history.

The imagery of the box art is muddled. Levine has said it’s “for the people who aren’t informed” about videogames. There’s certainly a satirical component to it, providing an exaggerated view of patriotism and the cinematic violence of current videogames. But while the over-the-top swagger of Booker DeWitt may serve as a shot at the videogame industry’s lack of representation and originality, as well as America’s whitewashed view of history, it also presents an alluring persona. Where something like The Sopranos or Breaking Bad was able to turn the supposed badass-ness of a white protagonist into a complex commentary on the American dream, the box art for Bioshock Infinite is more about surface appeal. It’s the spiritual equivalent of just about every film Michael Bay has ever done; it straddles a fine line between vaguely warning about the consequences of the American dream while also wholly fetishizing the pursuit.