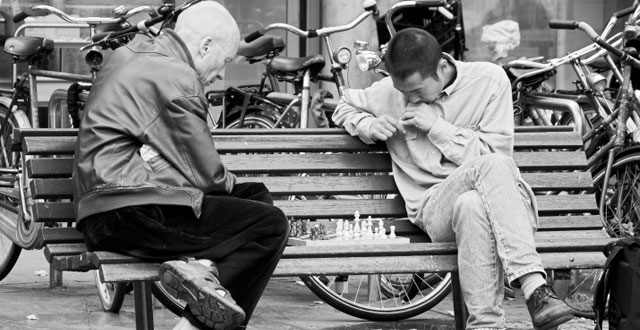 “What does Mensa have to do with gaming?” I sat dumbfounded at my computer as I stared at the website. The event was titled, “Colloquium 2011: Electronic Gaming and Its Impact on Society.”

As it turns out, the history of Mensa shows that many Mensans are gamers. Board and card games are traditionally their games of choice, so much so, in fact, that an entire annual event is dedicated to gathering together and testing newly produced games brought by publishers seeking the highly coveted Mensa Select seal. In addition, at their general annual meeting, Mensans have been known to play a popular (among Mensans) intellectual game devised by one of their own, Carnelli. Winning Carnelli requires the ability to make associations rapidly, as well as an almost encyclopedic knowledge base.

But why hold an intellectually oriented colloquium on electronic gaming? The answer could be found only in the diversity of the attendees. The annual colloquium is not attended only by Mensans, whose sole membership qualification is a score in the top 2 percent of the general population on a standardized intelligence test. Though aimed at and advertised to past and present members, it is actually open to anyone willing to pay the registration fee.

Over the course of the weekend, I discovered that the event was predominantly attended by two groups of people: gamers who weren’t Mensans, and Mensans who weren’t gamers. What would drive a non-Mensan gamer to attend this colloquium? I mean, E3 or the Penny Arcade Expo the colloquium ain’t.

Moreover, most of the sessions were not what one might consider typical gamer fare. “Getting Beyond the Good/Bad Dichotomy: Five Dimensions of Video Game Effects”? Gamers typically aren’t too fond of studies that psychologically link specific behaviors to game playing. “Virtual Bodies and the Human Identity: The Proteus Effect”? The titles seemed more akin to an academic conference than a general gathering of gamers.

And what of the non-gamer Mensans in attendance? That Mensan middle-aged housewife whose last gaming experience was playing Pac-Man in an arcade as a child? Not alone. There were plenty in attendance with similar stories, hearkening back to nostalgic gaming experiences in the golden age of the arcade, followed by periods of “growing up” that were devoid of the colorful sprites they once treasured. Were they looking to reclaim the innocent, electronic pleasure they had previously forfeited?

Well, no. Not really. In actuality, the Mensan non-gamers came for the same reason as the non-Mensan gamers: a fervent desire to learn more about gaming, specifically from an intellectual standpoint. The dense topics on hand did nothing to dissuade; if all attending came in effort to acquire knowledge, they did not leave disappointed. A passion for gaming may have drawn a portion of the crowd, but in the case of the Mensans, it seems curiosity trumps sentimentality.

Though their love of board and card games may have contributed to their desire to know more about electronic gaming, most Mensans would not be persuaded to take it up as a hobby. That fact may have been made evident by the questions they asked the speakers. One older Mensan plainly stated, “I’ve never played a videogame,” before asking, quite Ebertian in tone, “Why should I play videogames when I can read fine literature?”

“That’s a question I can’t answer,” replied one of the panelists. “You can’t even answer it yourself until you’ve at least given some quality games a try.” It was enough to send the kindly gentleman back to his seat, yet the lack of the natural follow-up, “Well, what games should I try?” spoke volumes.

Nevertheless, I was determined to find out for myself if anyone was willing to play. “So, are you going to give gaming a try as a result of the colloquium?” I asked the Pac-Man-abandoning housewife.

She smiled. “No,” she replied politely. “I think I’ll stick with my boardgames. And Carnelli.”