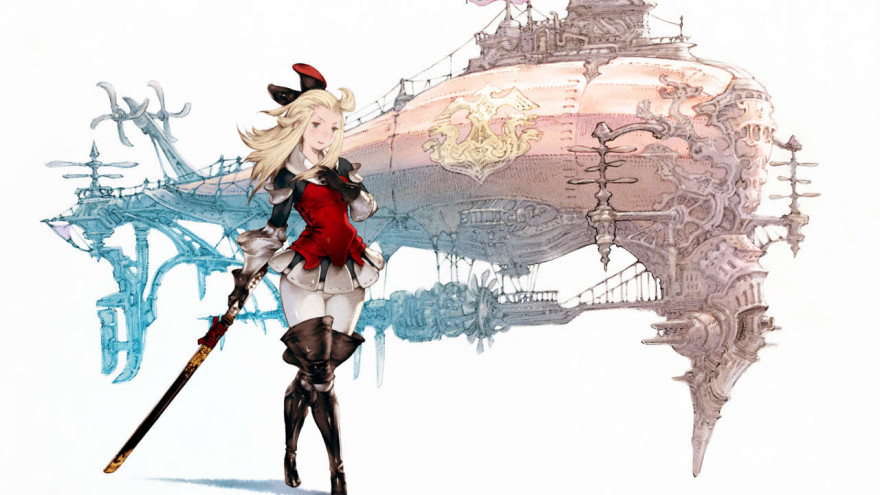 To default is to refuse action. You can default on a debt by not paying it, default on a legal obligation by not showing up to handle it, or default in the broadest sense of the word by simply staying put and letting things pass you by. An artist who defaults is one who stops looking for a challenge, or stops letting new art challenge them, or, in the case of Silicon Studio and Square Enix’s “old-school” role-playing game Bravely Default, pretends that a large swath of time simply didn’t occur.

The 1990s were a supposed golden age for RPGs—an era when things were simpler than they are today. The genre was dominated by turn-based fantasies created by Japanese developers Square and Enix (now merged into Square Enix). Players knew what they were getting when they plugged a Final Fantasy or Dragon Warrior cartridge into their console: hours upon hours of standing in a row, hitting monsters, leveling up, and saving the world from evil forces. Bravely Default, coming to plastic and digital store shelves during a decade of massively multiplayer online worlds and touch-based smartphone games, looks back to the ’90s as if they never went away.

Fittingly, Bravely Default is one of the safest and most carefully calculated appeals to nostalgia in years. It is an adventure where a plucky farm boy rises from humble beginnings to help a beleaguered priestess awaken world-saving crystals; where there is a boss at the end of every dungeon and the only way to get stronger in a hurry is to run in circles on a world map, mindlessly fighting enemies to gain experience and trigger a level up. Anyone who is familiar with Square or Enix’s classic era of RPGs will know exactly what to expect from the game, from the simple joys of flying over vast landscapes in airships to the frustrations of reading stilted conversations between overly archetypal characters. What was good then is good now—and that also applies to what’s bad.

This over-familiarity makes the game’s quirks—like its curious preoccupation with the terms and concepts of economics—all the more noticeable. Bravely Default‘s combat system changes up the typically static back-and-forth rhythm of turn-based RPG battles with the introduction of the “Brave” and “Default” commands. Hit Default to store up extra turns for the future. Use Brave to take an advance or a “loan” on a character’s move allotment and pay the penalty of inaction later. This is the language of home mortgages and credit cards.

Bravely Default is one of the safest and most carefully calculated appeals to nostalgia in years.

Combine these ideas with switchable character classes called “Jobs” and a mini-game in which a decimated town can be rebuilt by managing a team of workers and Bravely Default seems less concerned with saving a world than administrating a micro-economy. The focus is on beating up monsters, buying new equipment, and choosing how to invest combat turns in bullish or bearish markets (which may include opponents who are actually bulls and bears). More time is spent crunching numbers than in hanging out with the characters and exploring the beautiful alien world—which are two activities that RPGs of the past fifteen years, fittingly enough, have excelled at. It is always more enjoyable to explore a lovingly rendered clockwork town or take in the view from the bow of a city-sized ship than it is to spend time gaining the points needed to upgrade the skill set of a White Mage, Ninja, or Pirate Job class through repetitive battles. The best RPGs allow the magic of their fiction to take precedence over the statistics that underpin their combat mechanics. They take care to leave the economics under the surface, rather than help them rise to the top.

This financial bent is interesting because Bravely Default is also a videogame created by a very large developer that hopes to make money by appealing to fans of its classic releases. The pedigree of a developer like Square Enix allows it to, Nintendo-like, cash in on its history whenever it feels the need. It can Default a few releases in order to Brave out another, stranger project further down the line. It’s hard to escape this thought in a game that couches its nostalgic genre revival in terms more typically associated with investment firms and accounting offices.

Videogames are a business, sure, but they’re also a means of expression. Many players will be happy to lose themselves in the conventions of RPGs past, grinding and exploring through a story that is as warm, comforting, and familiar as a well-worn sweater, but the nagging sense that Square Enix wants to capitalize on this feeling keeps rearing its head with every gameplay transaction. This is unfortunate because when Bravely Default is at its best—when it shows off a beautifully hand-painted new town or lets its narrative take unexpected detours into unusual places—it gets close to something that transcends the cheap thrill of a lavishly produced wink to the past. When this occurs and the game gives players what they need to overlook the more cynical, financial aspects of its nostalgic design, Bravely Default seems like it was created because some things in the past were good and not just because retreading them is safe. These moments, somewhat further between than they ought to be, make it seem like maybe, just maybe, defaulting can be a bold artistic choice instead of a refusal to admit that things have changed for a reason.