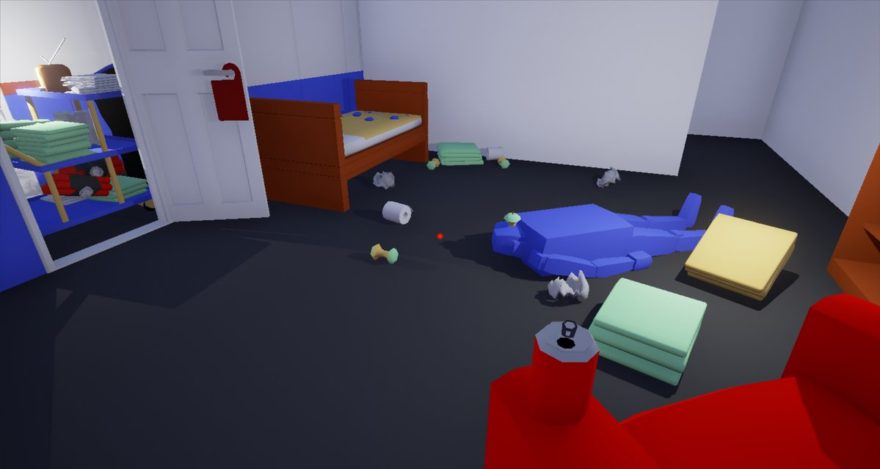 Here, in full, is the hotel review Rami Ismail wrote that led to the goofball game jam entry Breach & Clean:

Hesperia Tower was a phenomenal stay, with clean rooms and a free Spanish lesson that taught me that “no molestar” doesn’t mean “do not disturb” but “breach and clear like you are a SWAT team.”

The last bit of that sentence is Breach & Clean‘s origin story. It’s a little game about busting into hotel rooms and cleaning the shit out of them before the guests get irritated by your presence. It was made for the Castle Game Jam by Ismail and an “impromptu team” including artist Mateusz Głuszek, scriptwriter Emilia Pachulska, and composer Pablo Sorribes Bernhard. The group met up in a hotel lobby during the jam and now, their work done, have split up again. Creativity is an ephemeral, beautiful thing.

In https://t.co/aDtju3hvSu, we have decided to leave important issues as the orientation of toilet paper up to you. pic.twitter.com/vT3jUVwfSr

I don’t want to belabor Breach & Clean‘s goofy sendup of po-faced military shooters, but it is nice to see those tropes being tweaked in a silly way. Ismail was reluctant to call it satire, but he agreed with me on “goofy.” You can play Breach & Clean now on itch.io that Castle Game Jam is over, but as with so many little games, the GIFs are pretty good all by themselves.