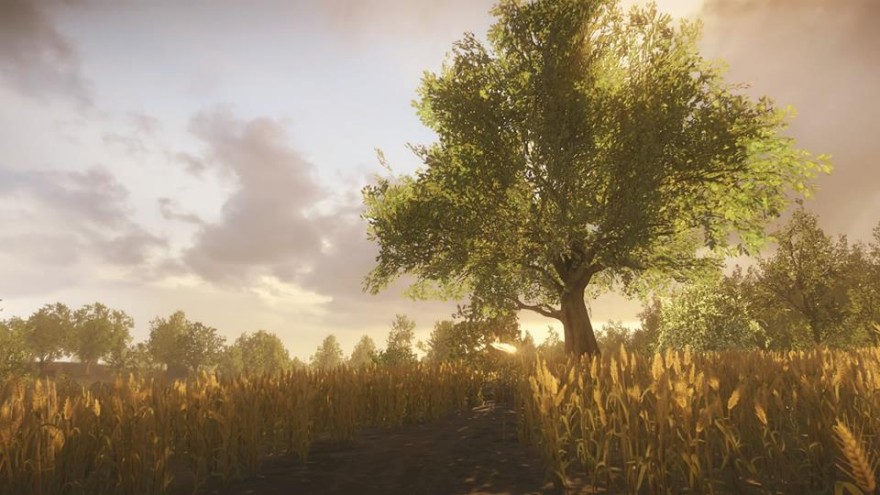 We were keen on Everybody’s Gone to the Rapture, the Chinese Room’s spiritual successor to Dear Esther and a furious, beautiful audio-visual experience. The game is literate, subtle, and adult, all qualities missing from a lot of the games we come across, even those that aspire to such descriptors. We (by which I mean I) also called it “the Gran Turismo of walking simulators,” in that it obstinately keeps the player moving at a fixed clip through a fairly sprawling world. While I enjoyed this restraint, many other critics thought it sullied the entire experience.

In a blog post, Chinese Room creative director Dan Pinchbeck has shot a dart through such criticisms: you can run in the game. Apparently a last-minute fix and a desire to keep the game on schedule prevented them from properly explaining the mechanism in the pre-release version of the game, which allows players to hold the R2 button to slowly ramp up to a run. I confess that in my more frustrated moments I gave all the shoulder triggers a shot, and presumed whatever increase in speed I witnessed to be hallucinatory. (It’s the type of game where you frequently think you’re seeing things.)

Anyhoo, this points at some interesting problems in game criticism—it could be an argument in favor of the “provisional review” school of thought, or of deeper critical engagement on non-mechanical aspects—but mostly I think it asks questions about how we play games. The average running speed of even a moderately-paced first-person game, like Destiny, is an absolute sprint, an all-out tear, closer to the way a real person would move on a dirtbike. Many games are also stuffed to bursting with trinkets and collectibles and diversions, not to mention extraneous “bonus content” to keep the player busy past a certain hour-mark. At the very least, walking through Rapture provides more time to almost literally stop and smell the roses. Obfuscating the ability to pick up the pace a bit, for me, just underlines the central principles of the game. Spend some time in this place, and discover something new.