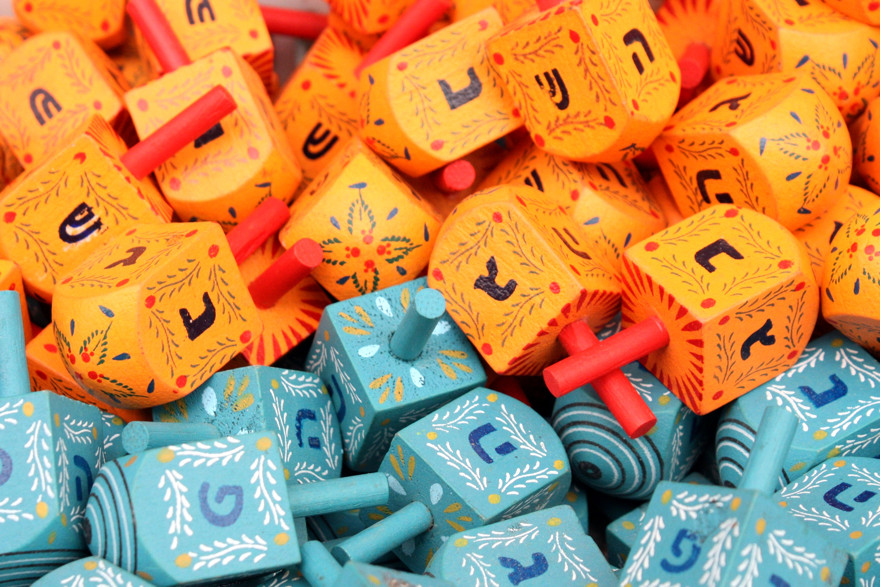 Slate’s Ben Blatt thinks that dreidel, the spinning top game played during Hanukkah, is “dreadful.” His objections are twofold: dreidel takes too long to play and has no mechanism for rewarding skill or strategy. To prove his point, Blatt built simulators showing that, despite offering a clear advantage to the player who spins first, a dreidel game can easily run for hours. If the aftereffects of eating dozens of latkes don’t send you into a coma, dreidel will.

For the goyim in the house, dreidel’s rules are simple—so much so that interesting outcomes are effectively precluded. At the beginning of each game, the players each take a few pieces of gelt (chocolate coins) from a central pot. They then take turns spinning a dreidel that has a Hebrew letter inscribed on each of its four sides. If a player spins a gimel, she takes all the gelt out of the central pot and all the players replenish it by giving up one of their pieces of gelt. A player who spins a hei takes half of the gelt from the central pot. Spinning a nun has no impact. A player who spins a shin must put one of her pieces of gelt into the central pot. If a player does not have any gelt with which to replenish the central pot, she is eliminated. The last player standing wins.

Dreidel refers to a game with a proscribed set of rules and to the spinning top itself. While the design of the former is severely limiting, the latter offers limitless possibilities. Dreidel can be hacked.

To that end, Blatt has invented Speed Dreidel™, which attempts to stave off stultifying boredom by requiring an ante before every turn and having every player spin at the same time. This game design addresses Blatt’s two problems, dreidel’s length and the advantage conferred upon the player to spin first, but fails to add any element of skill or strategy. Just as there is no proven strategy to consistently have a coin come up heads when flipping it, there is no way to practice spinning gimel more often than shin. Speed Dreidel™ is fast and fair but, like the game it seeks to improve upon, it is still a pure game of chance.

In 2011, Towson University economics professor Seth Gitter offered a more intriguing reinvention of dreidel. In a blog post entitled “An Economist’s Dreidel”, he suggested that the four letters on the dreidel should represent the four parts of GDP: Consumption, Investment, Government Spending and Net Exports. Gitter’s game then proceeds like an economic simulation. The player who spins consumption gets to consume all of the central pot, save for 10% that is taxed and sent to a government side-pot. This pot, in turn, goes to the player who spins government spending. The player who spins Investment must invests one coin into the central pot. At any point in the game, players can auction off their spins to the other players. Finally, the player who spins Net Exports receives one coin from each of the other players. “An Economist’s Dreidel” is not so much a game that can be won as it is the enactment of a rudimentary economic model. Investments, for instance, allow for more consumption at a later date. Gitter’s dreidel is the Minecraft of macroeconomics.

Gitter’s version of dreidel may only appeal to economists but it gets at a simple truth: Dreidel’s problems have as much to do with macroeconomics as they do with game design. As it is currently played, dreidel is in need of a mechanism to speed up the slow moments and reward clever players. Blatt’s Speed Dreidel™ is a cosmetic fix that only manages to alleviate the slowness. Gitter’s real innovation is the ability to auction off turns, which introduces tradeoffs to the game. Even if you don’t follow the rest of Gitter’s rules, the auction mechanism makes dreidel far more engaging. In a similar vein, there’s also the option of gradually upping the ante, which, depending on your tastes, introduces a touch of poker or monetary policy to the proceedings. If you care about game design and economics more than religious tradition, you can turn dreidel into an engaging game.