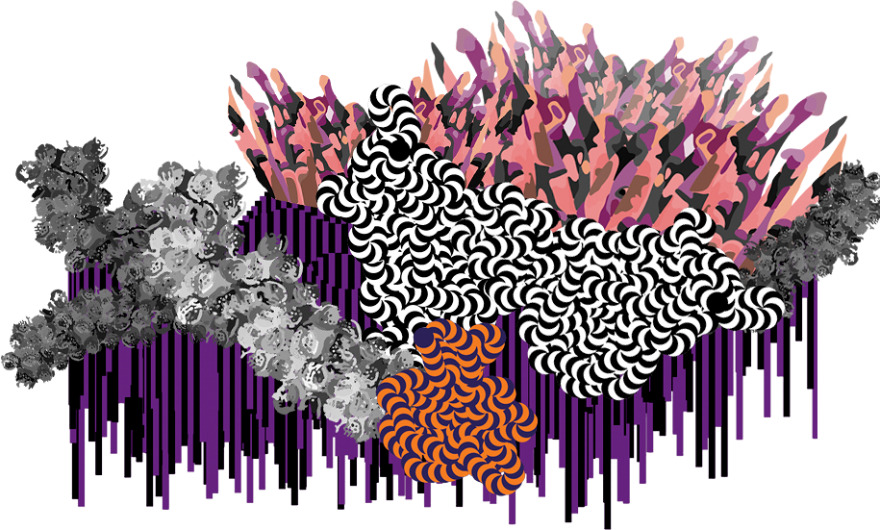 November 1st marked the beginning of “The Wrong – New Digital Art Biennale.” Biennales are a type of art fair where art galleries and institutions curate booths/pavilions with the end goal of selling the work displayed. The 30 curators of “The Wrong” translate this convention to the digital realm by separating each pavillion into individual websites.

As with any good game, “The Wrong” is most fun when you explore the space and make discoveries on your own.

There’s a bad joke to be made about your feet not getting tired navigating all this hugeness because it’s all online, but to be honest your eyes and ears are still going to get worn out from navigating all the pulsating .gifs and digital noise of The Wrong. Assuming that no one has time for all that, and since I spend all my time clicking things on the Internet anyway, I went through the whole biennale for you. You’re welcome, I was going to do it anyway. But take it as an introduction, not the Cliff’s Notes: “The Wrong” is full of amazing work, and, as with any good game, it’s most fun when you explore the space and make discoveries on your own. I’ve never been to an irl biennale but I’m pretty sure “The Wrong” beats the Venice Biennale a million times over in the categories of “fun” and “affordable.” Also, to the best of my knowledge, this is the only biennale you can visit while in your underwear.

“Plastic, Yet Still In-Between” is the uncanniest valley I’ve visited. Use the WASD controls to navigate the surreal 3D atmosphere, walk into a work of art to view it, walk away to close it. Sometimes the “floor” collapses and twists, briefly interrupting your exploration. Other Pavilions in The Wrong, including Conductivity Resistivity and imoca, also play with the concept of digital immersion in a simulated gallery. Yet static-y shuffling environment of “Plastic Yet Still In-Between” points to the uncanny nature of rendered environments and objects in games and other media.

Participant Ian Cheng recently exhibited a piece at Frieze Art Fair London which uses the Oculus Rift headset to immerse the viewer in an environment similar to his Wrong contribution. The short film is a variation of Cheng’s music video for Liars’ “Brats.”  The mangled naked 3D meshes along with the surreal jerking movements fit with the external glitched environment. While Cheng’s piece looks nightmarish cut-scene, Alejandro Crawford uses The Sims 3 to create Innternet. We watch his blue-skinned sim use the in-game computer, playing games, typing simlish, and only getting offline to eat, sleep or read a book. He completely ignores the outside world with all its ice cream trucks and chirping birds. A Sim who looks a lot like me during my Sims 2 binge of 2007.

Wilderness of Mirrors is much like its name: a sharp forest of reflective fragments. Works embody a broken, but not glitched, aesthetic. It’s made of jagged puzzle pieces from different boxes, and, between hypotonic works like Fish Tank, Point and Conductivity Resistivity, you’re left feeling as though you’ve been sucked into a spinning vortex in your computer screen. Tangram Program is a game I have yet to master All I know is, you shoot at Tangram pieces from outside a circle. Maybe you’re supposed to put them back together again or maybe you’re not supposed to do anything. Shooting and watching the pieces swim around the circle while eerie music plays in the background is enough. In Grime, floating cloudy white objects are just begging to be cleaned from the black slate, but as you click they wiggle out of reach; the more you prod, the more they move. There’s something hypnotic about clicking things with no end goal.

Traditionally, shadow boxes frame non-flat objects like your World War II medals or seashells from the beach. Curator Rollin Leonard states that “the solidity and definition of what can be considered an object online isn’t precise or even a good question.” Everything online is an object; they all shadow irl tangibility behind a glass screen, in an undefined intangible space. Objects online can be website buttons, .gifs, or garish blinking cursors and icons from back when AIM and Myspace ruled supreme. This digital s-h-a-d-o-w-b-o-x contains all the above, and none of them are what you expect. The show begins the way everything online begins, by clicking a button, which thanks you for your payment. Art isn’t art until someone buys it; all the objects on the page load after this artificial transaction. There are more deceiving buttons floating alongside cat face emoticons, flexing architecture, multi-colored droplets, rotating orbs, abstract gifs, and blinkies promoting gender equality. Hover over each object in the shadow box to reveal the name of the artist. My favorite icon, by Son of a Patriarch’s Georges Jacotey, shows the famous red equality logo (you know, from Facebook) with an infinite hourglass. Loading. Loading. Loading.

Like with s-h-a-d-o-w-b-o-x , this exhibition only begins once you click on something. You’re greeted by the “Soci4lites” written in gaudy MS WordArt, rotating alongside a potato chip. Hint: Click the chip to enter. Inside, it’s a Frankenstein of social media platforms, probably best appreciated by a social internet addict with a Tumblr-sense of humor. The “feed” combines the social media input of the pavilion’s participants as contributions and comments from the audience. 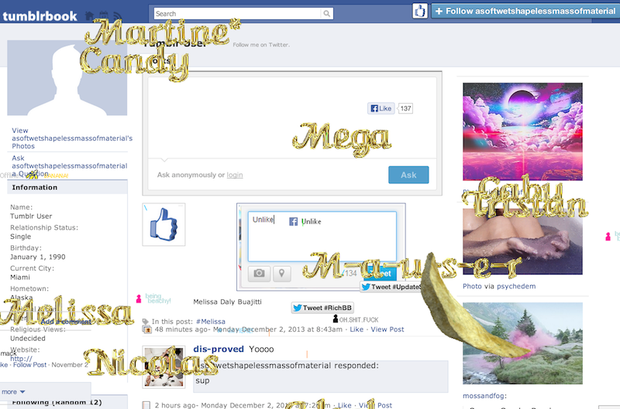 Navigating the user-unfriendly interface requires patience but it’s worth it. All components are begging for interaction. I’m not sure if I’ve seen the works of every participant yet, because the names reshuffle every time you click. But it doesn’t matter: confusion is the point. This is the antithesis to platforms which strive for pristine clarity and optimal user experience. Some participants’ work hovers over the main page, delightfully adding to the confusion. Other works open in a new page, such as 3D artist Kim Laughton’s contribution of “Fine Objects.” A collection of exquisitely rendered objects in wooden boxes, each with a description of empty buzzwords, all effectively conveying the functionality of the objects (none.) Stefani Germanotta, a.k.a. Lady Gaga, is also listed as a participant. I was hoping Ms. Born this Way was down with Photoshop and making .gifs or is secretly a brilliant programmer, but the extent of her participation seems to be photos of her staring wide eyed while wearing a cool outfit; who knows though, there’s still plenty of time for surprises.

If the perversion of code and character in crashtxt was thrilling but not enough, or if your burning nostalgia for 1337 speak gets worse every day, or if you’re not a fan of .gifs websites that try to trick you, pl41nt3xt will satisfy any low-res craving. The main pavilion page displays a straightforward list of artists, placing the focus on individual projects rather than immersing you in an exploratory experience. Artist group Normals presents “Rapid Language Learning Application,” a simplified language created in the anticipation of our accelerating exchange of information. The program is kind of like an old-school typing game but with only 6 keys, and no game elements other than the thrill of discovering the first 250 basic expressions:

“Animal Romantics” is an interactive music video collab between goto80, raquel meyers, evilpaul which uses C64 graphics to tell the bizarre sexual narrative of a woman who dreams of monkeys. At the beginning you are given the option to change the text and mix of the song. It’s a lot of fun, but I dare you to not have the song stuck in your head for days following.

Explore the 30 pavilions of The Wrong through December 31st.