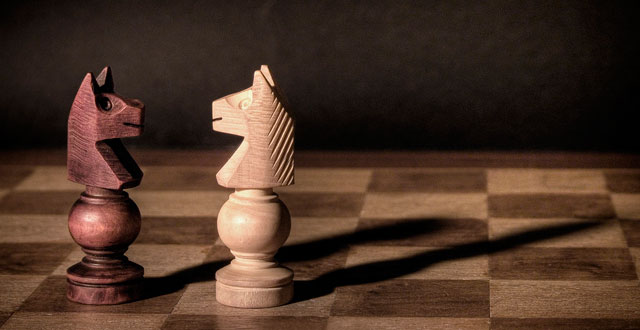 During the 2008 election Tea Party candidate Christine O’Donnell attended a debate where she insisted that the First Amendment of the U.S. Constitution did not require a separation between church and state. That’s about as big as it gets when it comes to not understanding how rules govern a society. Even if one supports the teaching of creationism in public schools, it shows a failure to grasp the consequences of removing that Constitutional safeguard, along with just how strongly that mechanism has been built into our society. O’Donnell might have done better in that debate had she played a few more games.

The idea of using games to explain complex laws has been around for a long time. From Plato to today, games have been providing legal scholars a remarkable tool for allowing casual readers to grasp the complexities of running a society. I’m not trying to claim there is a one-to-one comparison between games and laws. No one would contend that a chess rule is similar to tax regulations. The systems themselves, the game’s rules, are concerned with protecting and encouraging things like play, fun, or learning. A legal system is instead concerned with things like money, property, or safety. Both systems are composed of rules, and that means that occasionally they offer insights into one another.

One of the most famous examples of someone using a game to explain a legal concept is Ronald Dworkin’s Hard Cases on the difficulties of creating a representative democracy. He uses the example of a chess tournament dispute to explain why the same rule can affect two people differently. Let’s say you have a rule which says, “If you taunt another opponent, you immediately forfeit the game.” Seems innocent enough, right? Two players sit down and one smiles at the other. For cultural reasons, the opposing player is insulted by smiling and flips out. They demand that their opponent be forced to forfeit for taunting them. How do you call that? If the player is genuinely offended, then technically the other player broke the rule. Is it a fair outcome to let them win in this manner? What if they’re just abusing the rule? Dworkin explains that the best we’ve come up with for resolving this problem is to have a judge make a decision one way or the other. And that comes with a whole host of issues about how they should go about doing that.

Using a little spat at a chess tournament, Dworkin just neatly explained several complex issues. The wording of the taunt rule is too ambiguous and requires further explanation. That’s why laws are so long and convoluted: they want to leave as little room for misunderstanding as possible. The two players are experiencing a clash of social values, which rules aren’t very good at resolving. It also raises just a few of the many considerations going on in a judge’s head when they have to decide the outcome. The final decision will have an effect on how future players perceive and play the game.

If you realize that the Magic Dart spell is overpowered, you don’t fix it by just making other spells powerful. You examine the idea behind what the spell was supposed to be in the scheme of the game, and adjust it accordingly.

Returning to O’Donnell, your average gamer will have experienced enough patches and nerfs in a game to easily grasp the issues going on in her debate with just a little added context. Governments used to have a bad habit of telling people what religion to follow. This tends to piss off a substantial number of people. That ability has been taken away from the government in America. O’Donnell and her supporters believe that teaching evolution is essentially another religion. Since the state is doing that, can’t people decide which religion should be taught, and include intelligent design?

Regardless of your beliefs, if you have any familiarity with how unbalanced games are fixed, you’ll understand why this is a bad solution. If you realize that the Magic Dart spell is overpowered, you don’t fix it by just making other spells powerful. You examine the idea behind what the spell was supposed to be in the scheme of the game, and adjust it accordingly. If Magic Dart is just supposed to be something handy at low levels that’s ineffective against stronger enemies, then you figure out a way to make that original goal work by changing numerous variables. In the O’Donnell debate, she’s ignoring the purpose of the First Amendment and proposing a solution that will only benefit her supporters.

Dworkin points out that what resolves the chess tournament issue is that it’s comparatively easy to fix. Everyone there has agreed to play chess. They like chess. People may bring different social backgrounds to the game, but the two players in the above example are still there for the same reason. That’s one of the inspiring things about play and one of the unpleasant things about law. Games have all sorts of nifty tricks and feedback mechanics for coercing players to do things they normally would not do. The goal of this comparison is not to make an analogy between the facts, but rather the conflicts. Understanding the conflict is the first step toward finding a real solution.