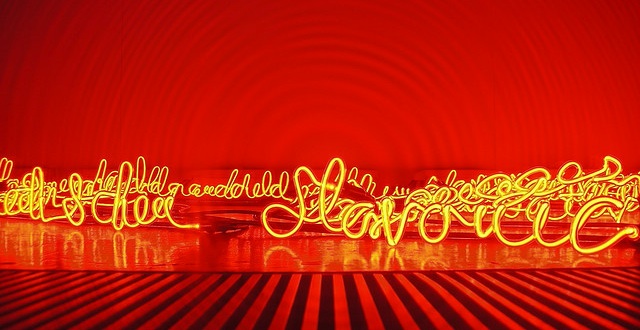 In his write-up on Magic: The Gathering 2012 for Rock, Paper, Shotgun, Robert Florence explains that while the game is a nearly perfect translation of the card experience to videogame form, it ultimately still fails. The lack of deck building is one contention, but it’s just symptomatic of the larger issue. Magic is traditionally a game of sequences and timing: cards have to be used at a specific time and manner. Florence aptly points out that removing the face-to-face exchanges in the videogame makes these sequences become mechanical. The rules of the game behave differently and change the overall feel.

What’s at work here is a concept lawyers refer to as textualism. This is the idea that when addressing legal disputes, one should interpret the rules literally. Such a literal application comes with certain issues. You might encounter a situation where enforcement is nonsensical, like a rule banning vehicles from the park and enforcing that against lawnmowers trying to cut the grass. A rule saying children must inherit all of their parents’ property gets a bit awkward if their own kids are ones who killed them. Taking into consideration things like common sense or the purpose of the rule, instead of just what it specifically says, is called contextualism.

Law professor Peter M. Tiersma explains in his book Parchment, Paper, Pixels: Law and the Technologies of Communication that at first, written rules didn’t actually represent the rules. They just gave the judge or lawyer—who could use their own common sense and change things as they saw fit—some idea of what to do. This caused a lot of unpredictability, favoritism, and human error. Governments who wanted more uniformity began creating legal codes. The judge was not to adjust anything about a law’s enforcement, but instead only make sure it was literally applied.

Switching authority to the software, making the rules textual, removes an essential element of play from the game.

To explain this relationship in games, Tiersma gives the example of a group of kids coming together and making up a new sort of ballgame. Rules are loose and the players can make adjustments on the fly to keep the game fun and flowing, but there is still an overall form to the game. If someone were to come along, observe the players, and write down every rule in the game, that document would still not have any authority. The enforcement mechanism is still between the players themselves.

The same distinction exists between Magic 2012 and Magic the card game. The computer code enforces everything literally in the videogame. There is no taking a move back. If you wait too long while considering your options, the clock times out and you lose your chance to cast a spell. When playing with physical cards, the players rarely enforce strict timing. Players can give you a pass or let you take a move back. If you draw two bad hands in a row, the videogame makes you start drawing hands with a reduced number of cards. In a normal game, players are content to let you keep drawing hands until you’re satisfied.

The problem is that literal enforcement can make the game boring. Playing against someone who drew no land cards or screwed up a technical rule is a meaningless victory. There’s no skill involved. In the videogame, an intimate knowledge of every available card is essential, because there are no take-backs and no courtesy pauses to let someone read a card. Players often coordinate interrupts and instances to overwhelm a player’s turn so they make a technical mistake. Success depends on executing complex card combos in precise sequence so that your opponent doesn’t catch on until it’s too late. Whereas in the card game tactics revolve around building an all-powerful deck, the digital version is a war of details.

This is what Robert Florence was complaining about being off: switching authority to the software, making the rules textual, removes an essential element of play from the game. If real human players are serving as the authority, the spirit of the rules is intact even if they are not followed literally. Rules are checked for reference when a debate comes up about a certain ability or tactic, but they are not a constant authority. There’s a certain flexibility present when the players have the final say on what is acceptable. They only bend the rules when it makes the game more fun.

You can see this idea in the rules for a boardgame. The rules are already typically short, and the makers know that players will work out the technical details themselves. If people like having a Free Parking jackpot in Monopoly, they will add it. No one cares if the back of the box approves. Even more complex games like Dungeons & Dragons or Warhammer 40000 have contextual rules alongside stricter systems. The Dungeon Master is expected to adapt the story to the party’s actions, as opposed to referencing the quest guide constantly. Dice rolls can be redone, legitimate tactics are criticized for being cheese, and in general the players are allowed to bring their own values and culture into the game while the basic form of the game remains.

If people like having a Free Parking jackpot in Monopoly, they will add it. No one cares if the back of the box approves.

In the textualist environment of a videogame, the developers themselves have to step in to provide this adaptive mechanism. Through regular patches, updates and sequels, game rules are refined to accommodate the community. This is the catch of perfect enforcement and literal interpretation in a rule system: you end up having to do all the work the community naturally does itself. Failure to do so in law means people will just avoid the court system and come up with their own solutions. Failure to do so in games means they’ll go play a different game.

With rules, it is always a question of where the authority for enforcement lies. Magic 2012 is not really a game about building decks or complex strategies, like its physical counterpart. In a textualist environment of strict rule enforcement, the game is now mostly about luck.