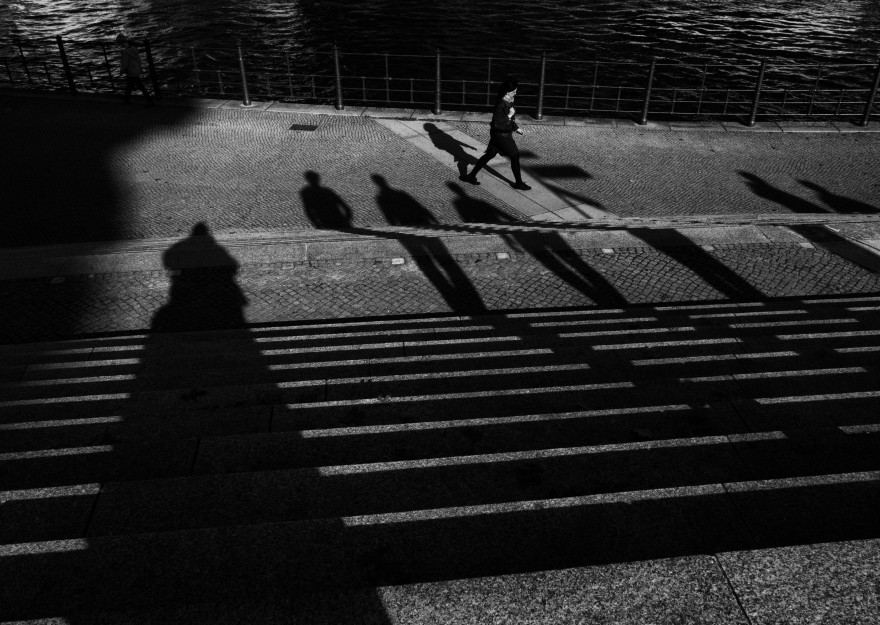 Though that might sound like witchcraft, it’s actually the work of Jonathan Chomko and Matthew Rosier. Winners of the 2014 Playable City competition, the duo has installed 8 street lights that will record the motions of your shadow and then play it back for someone else. Called “Shadowing,” the project is not just catch and release: “If a visitor remains under the lamp, the lamp reaches further back in time, playing back the shadows of its previous visitors.” The duo hopes that the lamps will work to foster a kind of communication or interaction through people who share a space  but not necessarily at the same point in time.

Created in reaction to the idea of a hyper connected “smart city,” the idea behind Watershed’s is to create “a city where people, hospitality and openness are key.” Shadowing joins previous winner Hello Lamp Post, which sought to enable people to speak to postboxes, lamp posts, and various other public structures inviting them to take a kind of ownership of the shared objects.

So if you’re out tonight in Bristol, be ready to the count the shadows.