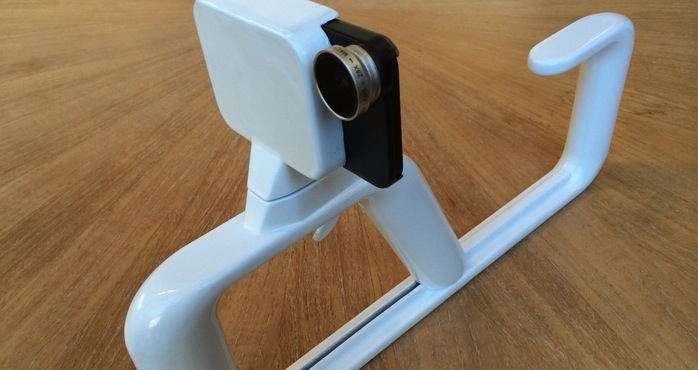 by Jason Johnson
At an event like Game Developers Conference, it’s easy to get your various incarnations of reality scrambled. Virtual reality has a bigger presence than ever this year, and there’s always augmented reality looming, but there are also the non-categorizable forms: projects that blur the boundaries between AR and VR. One such project is a shooter called Rescape that scans the room you’re occupying and the room your opponent is occupying and conjoins them into a nonphysical play-space where you can run and duck and spray virtual gunfire from your living room into their living room.

At least that’s the vision as explained to me last night by the Swedish developer 13th Lab, who was throwing your typical eat-and-drink-with-impunity afterparty at the 21st Amendment Brewery in San Francisco, rallying up support for their newly launched Kickstarter project.

I have to say the Rescape demo isn’t there yet. It was pretty utterly broken. But also very promisingly broken, a sort of vision for what future play could look like. Last night it looked like a multiplayer shooter played with plastic guns cradling iPhones equipped with special wide-surveying camera lenses.

In its current unfinished incarnation it is local multiplayer only. You could hold the gun to your shoulder and point it at another person carrying a gun and you would see him magically transformed into a space marine when staring through the screen of the mobile, which was situated on the barrel like a scope would be. Just imagine frat brothers running around the frat house pointing plastic rifles enhanced by digitized magic that allows them to head-cap each other and you’ve got it.

It seems potentially capable of reliably scanning your surroundings and transforming it into game architecture, too. That in itself was pretty remarkable, aside from the fact that when I turned 90 degrees to the right a large, glitchy black polygon blocked my view inexplicably. But it’s the idea here, which has been under development for four years and is still very much a work in progress, that’s fascinating.

And that idea is that these guys have conceptualized a new type of reality that transfers physical space into a game world fused together from disparate real-world architecture, for the sake of some communal headhunting, or whatever.

If they ever get this together it has high potential.