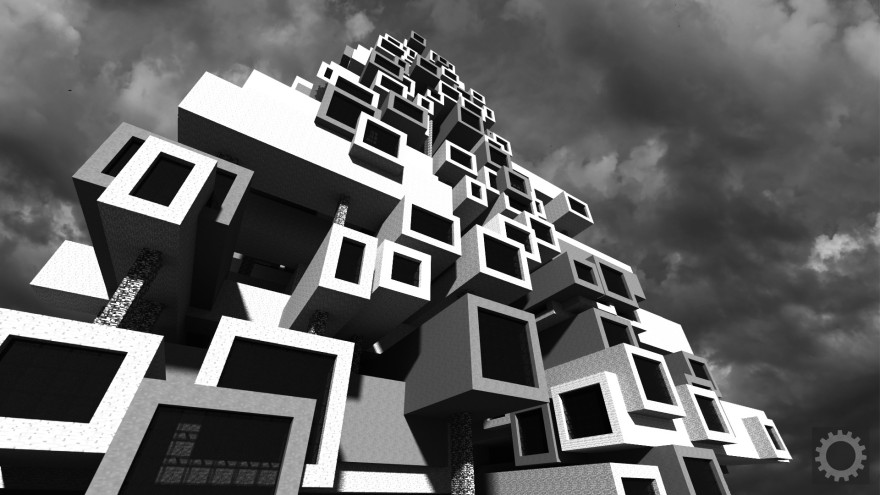 The case for preserving brutalist architecture requires some strange contortions. Defenders of gems like London’s Robin Hood Gardens or the Orange County Government Center must claim that buildings whose charms are derived from their heft and imposing strength are at risk and in need of our protection. This may be a necessary measure, but as with having your parents declared unfit to manage their affairs, it comes with a sense of loss.

There are, of course, more tangible losses. In February, after a prolonged debate, the building that was once Chicago’s Prentice Women’s Hospital was demolished to make way for a charmless, beveled glass tower that will serve as a research center. Another one bites the dust. Sure, there are victories—London’s glorious Trellick Tower escaped demolition and was declared a landmark—but it’s hard to escape the fear that brutalist gems are not long for this world. If so, their best hope for survival may be in other realms.

The Royal Institute of British Architects recently took this idea to heart and opened up a Minecraft server for players to build their own brutalist creations. The project, which was organized in collaboration with Minecraft architecture collective Blockworks, ran for a week and produced 119 buildings, many of which are now immortalized in an imgur gallery. While the hard, polygonal shapes of these entries suit Minecraft’s digital aesthetic, the also clearly reference the language of brutalism. A cluster of cubes by Wuxa, for instance, comes across as an updated version of Moshe Safdie’s Expo67 complex. Another entry has the concrete bird aesthetic of the University of Toronto’s Robarts Library. (The only perk of living across from Robarts for years was hearing tour guides compare it to a different creature every day. Architecture criticism is an art and not a science.) RIBA’s project suggests that the language of Brutalism is not dated—it may only work in specific contexts, but it can very much survive in the 21st century.

Try telling that to opponents of brutalism. This challenge was particularly apparent in a recent episode of the consistently excellent design podcast 99% Invisible, which focused on the legacy of brutalist architect Erno Goldfinger. As Roman Mars noted in his accompanying write-up of the episode on Slate:

Back in the 1960s, Victorian-style buildings were considered hideous and impossible to repair. We were tearing batches of Victorians down to erect big concrete buildings. But some Victorians were saved—and today, some of them are considered treasures. Concrete architecture now finds itself at an inflection point: too outdated to be modern, too young to be classic. And a small but growing band of architects, architecture enthusiasts, and preservationists would like us to just wait a bit and see. Maybe, with a little time, we’ll come around to love these hulking concrete brutes.

One can only hope that Mars is proven to be correct. Some days, holding on to that hope is hard work. But brutalism has found a second life online. Tumblr accounts like “Fuck Yeah Brutalism” and Instagram’s @thisbrutallife keep the memory of these buildings alive. The latter’s creator, Corin Gibbon, recently told The Guardian “I first started @thisbrutallife was because I was taking too many pictures of Trellick on my personal Instagram feed!” RIBA’s Minecraft brutalism project can be understood as an extension of the style’s digital renaissance. Since they lack much of the scarcity of space and resources that affects cities, gameworlds are now tools for a strange sort of architectural preservation. Art Deco lives on in Bioshock and, briefly, brutalism once again experience a heyday in Minecraft. Hopefully these digital projects inspire some of their users to bring these architectural styles back to life.