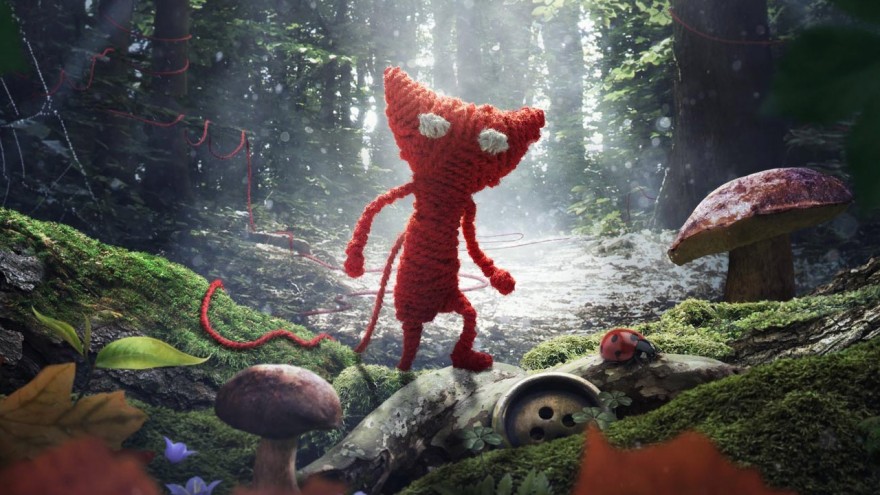 A videogame called Unravel will be released tomorrow. It may be a good game, and it is certainly a good-looking one, with a soft focus and hazy depth of field; tree leaves rustle convincingly and thick snowflakes pile up as the camera pans ever right-ward. It appears to make use of this tactile world for a series of physics-based puzzles, like moving rocks to get up on ledges and creating makeshift vines with which to soar across little ponds. These may be very clever puzzles, building toward a resolution that is very satisfying, but I will never know, because I will never play Unravel, and that is because its protagonist, a little red yarn-man named Yarny, can go fuck himself.

the commodification of childhood

Now, I’ve used the masculine pronoun to describe Yarny, but this may be entirely inadequate. The game’s designer, Martin Sahlin, has said that Yarny represents nothing less than “love, and the bonds that we make. And it unravels”—get it—”because that’s what happens when we’re separated from what we love.” Well okay, sure. I’m not gonna shoot spitballs at the metaphor here, it all sounds very nice. Another video of the game, purportedly debuting the game’s story, briefly shows an old woman looking at a photograph. Other videos show the little yarn man bouncing through the forest to somber stringed instruments as images of childhood appear and disappear behind him. So: we will experience the old woman’s life and at the end there will be a delicate yarn metaphor. Okay!

I’m fine with cuteness—I am a cat person. My issue with Yarny is that he doesn’t represent love but instead the commodification of childhood and emotion as some sort of antidote to “popular videogames.” Sahlin set the stage for Yarny’s reveal last year by introducing Unravel with the “need to do something more than entertain,” saying it “was born out of the need to make something more personal, something with a heart.” This is an increasingly common, and troubling, sentiment in interactive art: that somehow emotion is an end unto itself, and diametrically opposed to the baser pleasures of entertainment, rather than a byproduct of it. We see this consistently, in particular, in virtual reality, which trawls through disaster pornography and blithely important “empathy projects” as a means to use the technology Seriously, rather than for earthier, more human pleasures.

Yarny, then, is a mascot for this false binary. 2014’s Child of Light trafficked in the same storybook sentimentalism, and I suspected at the time that it was putting air-quotes around the experience of being a child; it was a children’s game made for adults to play and chortle and sigh at. Yarny is that sentiment crystallized, turned into a marketing plush—a sort of dark-universe Mario, who would sacrifice “fun” at the altar of “emotion,” thereby reinforcing the false binary that says you’re either dumb or you feel things. Fan art, of which there is a lot, frequently paints Mario and Yarny together, but this makes no sense. Imagine these two sharing a world: Mario would set that motherfucker on fire and keep on running. Mario has shit to do. Yarny just wants you to cry. Fuck Yarny.