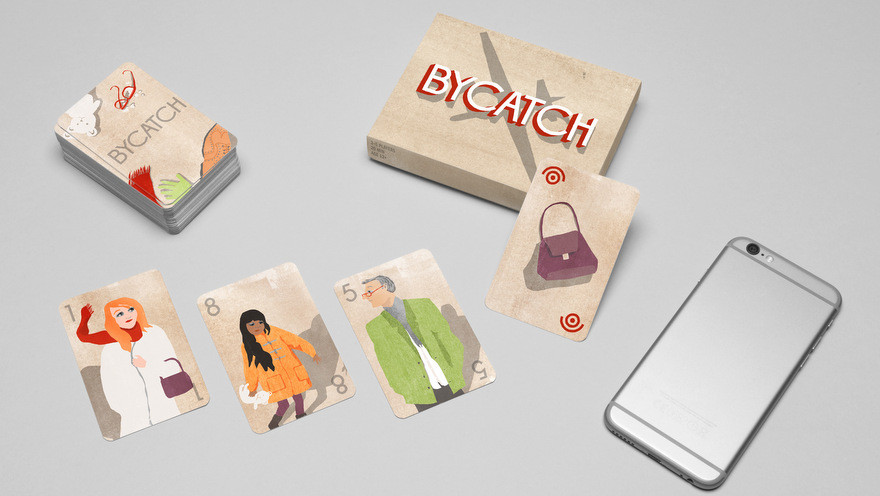 This season of Homeland opened with a botched drone strike, and six episodes later teetered on a moment where a drone nearly became an instrument of revenge. Granted, Homeland is about one Jason-masked murder rampage from 24 territory, but the show usually mirrors one actual political concern per season somewhere among the crying and the sex. And if you keep up with real-world news, it can be hard to find drone strikes that aren’t botched; especially if you consider civilian deaths a dealbreaker.

What exactly is the quota for dead bystanders? Is there a spreadsheet somewhere in the Pentagon that ticks down cost-benefit in corpses?

“There is a level of comfort to drone warfare; there is also a price.”

Udayasankar told me that “bycatch” alludes to a term “used in the fishing industry to refer to the marine life caught and often killed in a net cast for a target fish.”

“There is a level of comfort to drone warfare; there is also a price,” she said. “The name Bycatch is an attempt to capture the essence of this price.”

The basics of the game are thus: each player represents a nation. Each player draws a hand from two decks: one of citizens, and one of “cues,” or aerial views on a given citizen under suspicion. Your real-life phone acts as a drone to photograph other players’ cards, trying to reconcile your cue card with the photo you take. As the game progresses, suspects are either given shelter or captured, thinning the herd and making your intelligence increasingly valuable to locating the current suspect.

It’s not so easy, though. There are a few complicating factors: one being that the suspect cards are pulled from the same pool as the citizen cards. “Sometimes a “suspect” under the eyes of one nation might just be a citizen to another,” Udayasankar says.

And more tricky is that when surveilling a player’s hand, the player freezes and tries to hide their position, “with at least 2 fingers’ gap between their body and the cards and you will have to find a way to navigate this and get a good picture,” suggesting the difficulty of obtaining clear information from drone-derived intelligence.

“The images sometimes turn out as intended but mostly they are badly focused or of a completely different object,” Udayasankar says.

Each player’s nation is fictional. Udayasankar says this was a deliberate choice to ensure the game is “as open-ended as possible. We believe the players should be able to choose how connected or disconnected to reality they wish to be during the game.”

However, inevitably, “extreme offensive or defensive play could land a comparison to existing military practices of real nations. How real it gets ultimately depends on the political awareness and leanings of social circle engaging with the game.”

Bycatch obviously comes freighted with plenty of political subtext. But Udayasankar says the game is designed, first and foremost, for fun.

“We let people draw their own conclusions.”

“We let people draw their own conclusions. It may make you question the need for drones or you may feel the end justifies the means.”

Udayasankar herself had a moment that crystallized the direction Bycatch would take. While researching drone warfare, she says, “I came across an article about a 13 year old boy from Pakistan called Zubair Rehman whose grandmother, a civilian, was killed in a drone strike. He said ‘I no longer love blue skies. In fact, I now prefer gray skies. The drones do not fly when the skies are gray.'”

Bycatch hopes to shift the debate, to lead players to a place where they contemplate the toll of drone warfare. Udayasankar raises the questions but leaves the answers hanging. That’s a tactic that can sometimes seem cheap, but in this case it’s a tacit admission of the sobering enormity of the subject matter.