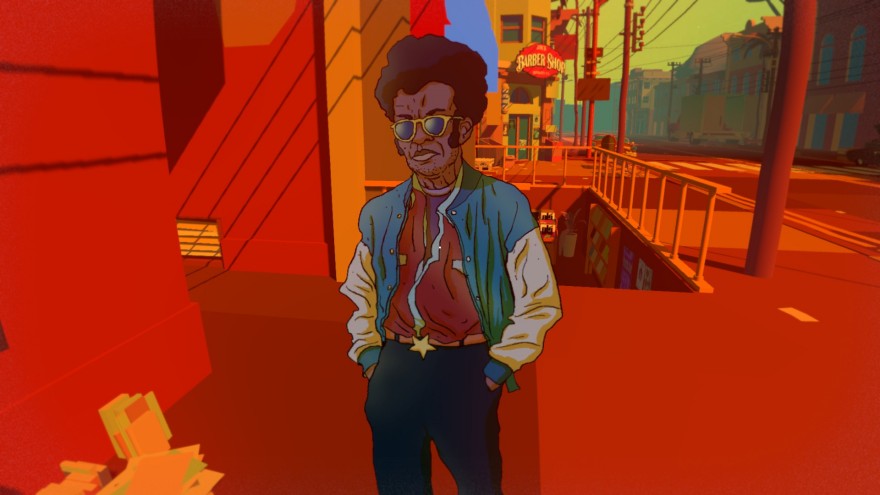 Growing up in the heyday of graphic adventures has caused me to live in fear of the pixel hunt. It used to be that I’d load up the otherwise innovative Indiana Jones and the Last Crusade (1989) or the visually sumptuous Riven (1997), only to spend hours stuck, madly combing the screen for details that were secretly interactive. I would click every gradient of a stone wall, every book on a library shelf, but nothing would happen. Next screen. Click, nothing. Click. Click, click, click, click. I might cry out expletives in a raspy whisper at the height of my frustration, presuming this to be the work of lazy designers attempting to artificially elongate the play experience—or, worse, sadists who reveled in my gradual demoralization and shame, which would finally bottom out at with a phone call to a 99-cent-per-minute hint line (don’t tell my parents).

This bitter history is why I reacted with such visceral distaste to Californium, an interactive science-fiction story by Franco-German developer ARTE, told across four brief episodes. You play as Elvin Green, a bereaved, bereft writer-who-cannot-write in 1960s Berkeley. After receiving a letter from your wife saying that she is leaving you, a mysterious voice in your head coaxes you to abandon this mess of a life for another, alternate reality. Incidentally, I would like to call a moratorium on games featuring omniscient British men pontificating on the nature of my existence. It worked in The Stanley Parable (2011) but drove me to distraction in Thomas Was Alone (2012)—perhaps enough is enough.

The philosophical take-away is clear: you cannot escape yourself

The narrator’s proposal is undeniably intriguing: there may be a version of you somewhere out in the multiverse who has not made these same destructive choices, for whom things have not gone so wrong. Might you not prefer to jump into his shoes? In practice, however, the premise falls short. Embarking on this wild journey across space and time actually consists of one of the most annoyingly sustained pixel hunts in recent memory. 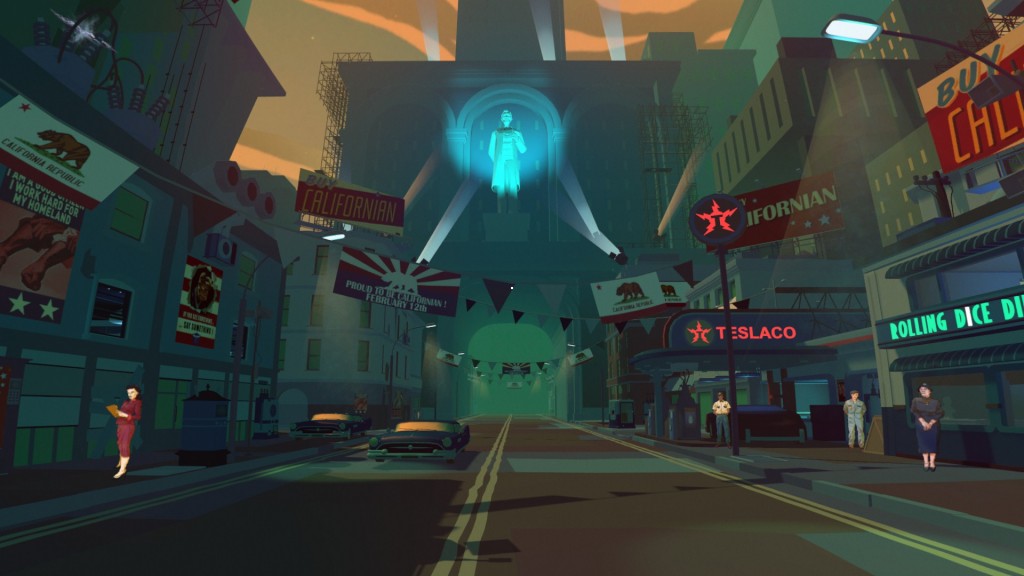 There are only two ways to interact with Elvin’s world. The first is to walk around a single city block and a few of its buildings (only if the doors are already open, mind you—nothing that corporeally exists can ever be manipulated) and approach static figures standing like cardboard cut-outs in their designated areas: a bum in an alley, a restauranteur in a restaurant, your publisher in his office. When you are near, they will speak about their troubles until they finish or you simply walk away. There is a haunting, intentionally static quality to these interactions, a sense that everyone is as stuck in their miserable lives as Elvin feels stuck in his own. If the game solely consisted of flitting about in a psychedelic haze, hearing blurbs from locals and friends too hung up on themselves to recognize that you are the brink of a total implosion, I might have regarded Californium as an interesting meditation on the limits of control and the artifice of community.

Unfortunately, what you mostly spend your time doing is awkwardly walking around, looking for little glitches in the environment that, when you stand in the right space or view them from the right perspective, become clickable hotspots that begin the process of moving you from your current reality to the next one. It is a maddening exercise, repeated over and over as you pass from Vietnam-era Berkeley to a dystopian world of hyper-patriotism, and eventually on to a Martian colony inhabited by androids. Each time, the philosophical take-away is clear: you cannot escape yourself. Life still sucks—in fact is arguably worse—in each successive reality. That you were unhappy in your original life was not bad luck but something that follows you through each incarnation. And there is nothing to do about it other than listen to people talk and click on to the next dimension.

like a writer banging their head against the desk

Perhaps this underlying thesis is what motivated the creators to make a pixel hunt game in the first place. While my younger self viewed the device as one of laziness or cruelty, it is also possible to see pixel hunting as a direct comment on the illusion of progress in videogames. Locating the icons scattered around Californium moves the story forward, yes, but it is not an accomplishment. It confers no sense of cognitive or motoric mastery, no emotional catharsis. You just click, arbitrarily, on the right thing at the right time. The act of doing so peels back the veneer of one world to show a glimpse of the next, until enough tears in the fabric of space-time exist to facilitate a full transfer. This is “progress,” then: a shifting facade that has no impact on the immutable core. The miserable stay miserable, the lost are lost forever.

Each chapter begins with the current manifestation of Elvin working at his typewriter. Regardless of the reality’s context, he is perpetually struggling to finish something important, to express himself. His entire journey may in fact be regarded as an acid-fueled attempt to cure his writer’s block, which would make Californium as a whole something akin to a creative blockage simulator. This feels an apt description; there are many interesting ideas floating around regarding grief and paranoia, authority and chaos, and how these things will always be a part of our reality no matter how drastically we change the window dressing. It is disappointing that the only way to access these ideas is through the mindless frustration of the pixel hunt, like a writer banging their head against the desk, hoping to dislodge a fundamental truth.

At one point, the game’s narrator takes a break from chiding Elvin’s iterative failures and instead reflects briefly on his own existence. “Am I the grace of god?” he asks, expecting no reply. “Or some form of artificial intelligence? A psychological experiment in which you’re the guinea pig? Am I the manifestation of a temporal epileptic fit affecting your brain? Unfortunately, even I don’t know. I simply deliver my reports.” What makes us who we are, brings us joy or pain, causes the muse to speak through us… all this remains agonizingly obscured. Californium is only here to deliver the report: life is a pixel hunt, and there is no hint line.