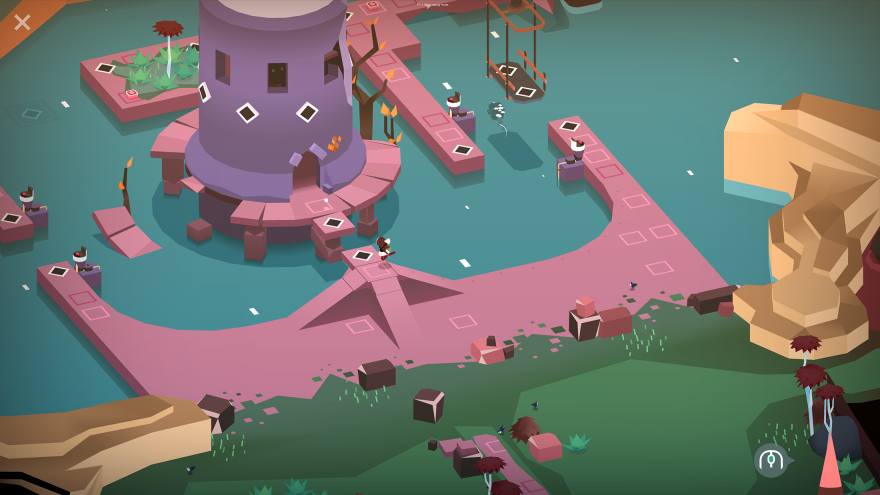 A pan-pan is a distress signal; it’s not as serious as a mayday call—your life is not likely in immediate danger—but, uh, something’s definitely wrong with your aircraft. It’s customary to call it out three times. Pan-pan, pan-pan, pan-pan.

In Spelkraft and Might and Delight’s Pan-Pan, your ice cream cone of a ship crashes onto a strange planet. A strange planet, but a lovely one, at that—Pan-Pan seems to take an aesthetic cue from ustwo’s Monument Valley (2014). There are loads of candy-colored buildings to explore, and quite a few locals to help you find your way around.

a game you may want to linger in for a while

A trailer released on August 4th shows exactly how you’ll fix your ship and get back to the planet from which you’ve come: puzzles.

You’ll have to solve lots and lots of environmental puzzles, all while exploring Pan-Pan’s lush open world. The way in which you solve these puzzles is totally up to you; there’s not one linear path to your home—there’s no rush. Set to an ambient soundtrack by Simon Viklund, the sound director and composer for Payday 2 (2013), Pan-Pan feels like a game you may want to linger in for a while. After all, your life isn’t in any immediate danger.

Pan-Pan’s pretty puzzles will be released on PC on August 25. Check out its Steam page for more information.