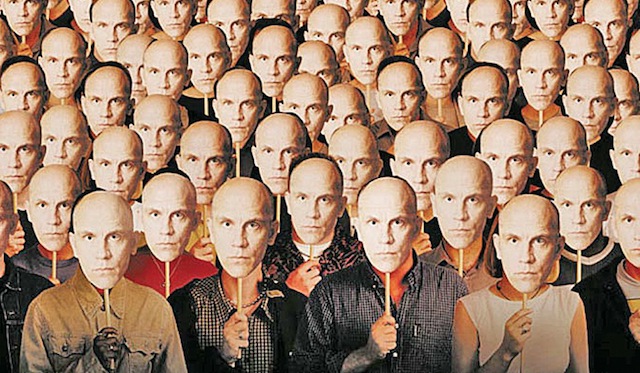 You might know director Spike Jonze as the beautiful mind behind films like Being John Malkovich, Adaptation, Where the Wild Things Are, and Her, the upcoming film about a man who falls in love with a synthesized computer voice. Or maybe as a guy with a really cool name. Why couldn’t I have been born Spike!

But you probably don’t know Spike Jonze as a creator of games, although he would like you to. During a question and answer session, at the AFI Film Festival, in L.A., Jonze said he and director Megan Ellison (Zero Dark Thirty) were considering making a game together. Further details were sparse.

The question is, what can minds from other mediums bring to games? Making a game is a different beast from directing a film or writing a book. We can think of author Tom Bissell’s recent struggles to write for Jonathan Blow’s The Witness, or his confessions of displacement in penning Gears of War: Judgment. “Now that I’ve worked on a few games, I’ve grappled with the degree to which games are not really a writer’s medium,” he told The New Yorker. We can think of Neil Gaimen (The Sandman series), whose work with The Odd Gentleman on Wayward Manor involves little storytelling and much puzzle-solving.

Of course the divide is not uncrossable. One of the most successful team-ups between games and celebrity was Earthbound, with the Japanese cultural figure and all-around creative guy Shigesato Itoi making that series shine. But it’s hard to think of many movie directors who’ve made the leap to game designer, as Guillermo del Toro (Hellboy, Pacific Rim, Pan’s Labyrinth) was interested in doing before his publisher THQ went under. One is a medium where we have things skillfully revealed to us, the other, by skillfully revealing them ourselves. We’ll see what happens with Jonze.