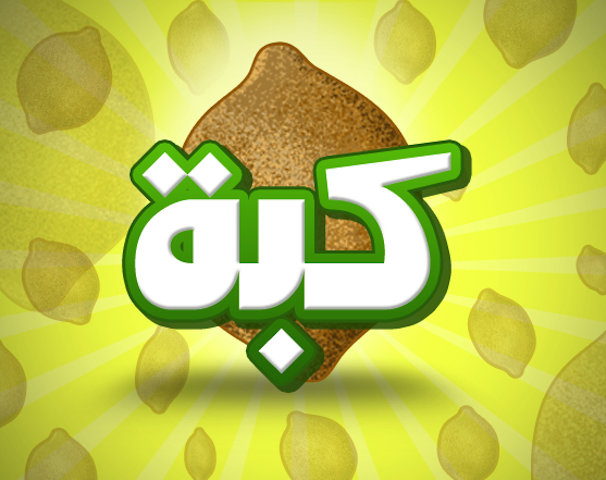 Kabba is a simple Flash game in an internet full of Flash games.

The big difference: proceeds from the Kabba go to Syrian refugees.

Thousands of Syrian civilians have been killed and tortured during the nation’s ongoing civil war, which is now well into its second year. As world leaders debate ways to end the violence at the UN General Assembly, now in its second day, one game developer is doing everything in his power to help the victims.

Kabba is the work of Ahmed Abdelsamea, an Egyptian indie designer who goes by “Amidos” on the internet. Like Cooking Mama, Kabba is a mini-game about food preparation––in this case, Middle Eastern. It asks the player to cook the Syrian dish known as kabba, which is like falafel with beef. Simply drag the food balls into hot oil, let them fry, and take them out before they burn.

The point isn’t merely to distract you from paperwork by tempting you with thoughts of delicious Near Eastern cuisine. According to Abdelsamea, his aim is “to get money that could help [Syrians]… continue their revolution against Bashar [al-Assad, the Syrian dictator].”

Abdelsamea is no stranger to revolution. He lives ten minutes from Tahrir Square, where over 300,000 people gathered in protest of former president Hosni Mubarak.

I talked with him via a string of fragmentary text messages on what he described as a hot August evening, while he was on the streets of Cairo celebrating Ramadan with friends. “Before the revolution u could be in the streets till the next day… It’s now less safe than before,” he told me. “Now people are divided… And they attack each other.”

Abdelsamea sympathizes deeply with the Syrians and supports the movement in his home. “[The government] protects themselves more… than they protect people… They were all thieves… They stole money and didn’t improve anything… The police force treated people like shit… if they had any other political view,” he wrote.

Kabba is currently hosted at GameTako, a Saudi Arabian/Jordanian web game portal,. GameTako was founded in 2011 by Abdullah Hamed, a native Saudi who grew up on American pop culture and Japanese videogames, attended Oregon State, and speaks English better than I do.

“I was one of the few people who was interested in the games industry in Saudi Arabia,” he told me on an early Friday morning in August. It was his idea to start the fundraiser.

“We don’t expect to make a lot of money, but we wanted to share it with Syrian refugees,” Hamed said. “People here are very sympathetic to Syrians. We see Syrians being in tough situations on TV every day. It really gets me down.”

His concern echoes Abdelsamea’s. “What happens there is against humanity… And I can’t stand that,” he said.

“There was a kid who drove from the West Bank all the way to Jordan. It was really touching to see people go through checkpoints just to be here,” Hamed said. “He made a game about saving the Muslims in Burma.”

GameTako is trying to improve game literacy by holding annual game jams––competitions where hobbyist Arab developers get together over a weekend to make small games. The theme of the latest contest, which took place in July, was freedom. More than two-hundred developers took part, creating 43 games in three days.

Not all of the games have political themes. There are games about angry bluejays defending their nests from outlaw birds with pistols, and dinosaurs floating in space. Two of the best games, though, are about spreading revolutionary fervor to skeptics, and helping a pen escape being censored by a dangling pair of scissors.

Still, Abdelsamea said, he doesn’t think his games should be purely political statements: “We should make games to contribute to the medium.”