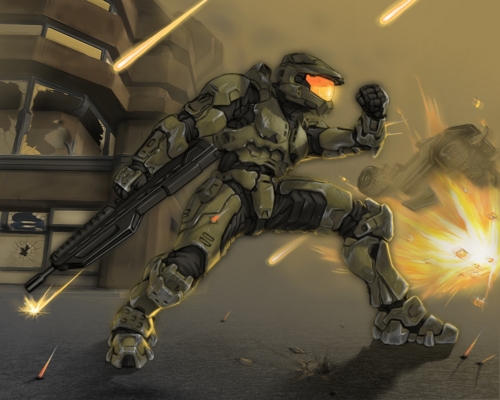 The International Committee of the Red Cross is considering whether or not the same standards that apply to war crimes should be applicable in games. The logic behind this investigation isn’t to punish gamers, but instead to ask whether or not gaming desensitizes people to violence in a way that might lead to a refiguring of how they view the consequences of real-life violence. Kotaku reports from the IC’s findings:

“In computer and video games, violence is often shown and the players become ‘virtually violent,’” according to the study. “However, such games are not zones free of rules and ethics. It would be highly appreciated if games reproducing armed conflicts were to include the rules which apply to real armed conflicts. These rules and values are given by international humanitarian law and human rights law. They limit excessive violence and protect the human dignity of members of particularly vulnerable groups.”

The study found that those rules are often not taken into consideration within game development. Violations they found in games included shooting unarmed combatants (technically prisoners of war), torturing and using weapons that inflict unnecessary injury. While the group said they weren’t surprised by their findings, since games are meant to be entertainment, they said they were surprised by how absent the rules were in games.

“The practically complete absence of rules or sanctions is nevertheless astonishing: civilians or protected objects such as churches or mosques can be attacked with impunity, in scenes portraying interrogations it is possible to torture, degrade or treat the prisoner inhumanely without being sanctioned for it and extrajudicial executions are simulated,” they wrote.

On one hand, this is games we’re talking about. But if Battlefield 3 is getting in trouble for making you kill a rat, then maybe this is a conversation we should be having.