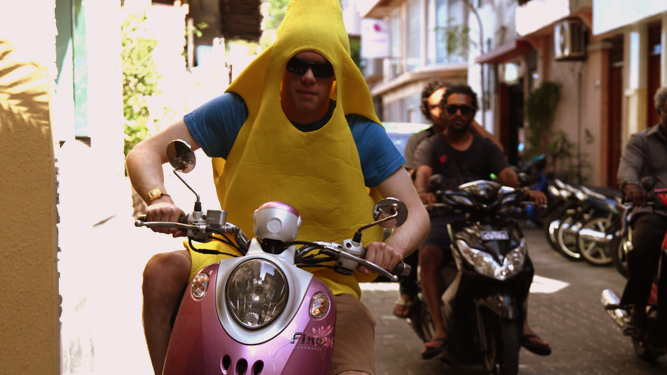 It was Easter weekend when I got a message: “Niklas is scared of flying so he’s not coming to the Maldives.  Did I want to come instead?”

Amani Naseem from Copenhagen Games Collective had already told me about a project she was organising in her home country but there hadn’t been any discussion of me being involved originally.  The idea was to create a series of games for public play in the city’s capital Malé, to document these and present both the documentation and, in some cases, the games themselves at the Maldivian Pavilion at this year’s Venice Biennale, one of the most important contemporary art exhibitions in the world.

It would be the first time that the Maldives had a presence in Venice: an opportunity for the world to see that there’s more to that nation than white sandy beaches and water bungalows. What excites me about taking play into public urban spaces is the way it forces people to interact with their familiar environment in new ways and by doing disrupts the standard narratives of work, consumption and commuting.  In Western Europe, I have a pretty good idea of what these narratives are but in a totally different culture like the Maldives I would have no idea so it was an exciting albeit challenging prospect. 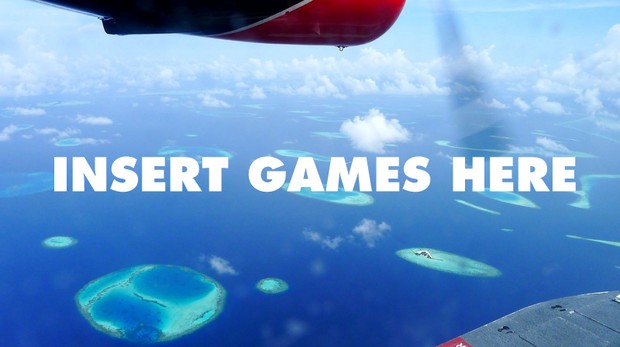 The Maldives had its first ever democratic elections in 2008, making it among the world’s newest democracies.  It has been a Muslim country for centuries but as part of the 2008 constitution, a clause was included to declare that all Maldivians are Sunni Muslim.  Alcohol is therefore not consumed in the city or the inhabited islands (though tourists drink on the resorts).  Maldivians are expected to be modestly dressed, even when swimming, and dancing “indecently” in public is banned (though people told me that any kind of dancing could get you in trouble).  Having a tattoo can get you arrested. All of the rules seem to target the young and if you’re an a young Maldivian (half of the residents in the capital are under 35), it’s very, very easy to get arrested, it seems.

If you’re an a young Maldivian, it’s very, very easy to get arrested.

But of recent note, there’s a stark divide between the supporters of the liberal Maldivian Democratic Party and the supporters of the current government.  Depending on who you talk to MDP leader and the country’s first democratically elected leader Mohammed Nasheed was either ousted in a coup last February or voluntarily resigned after ordering the illegal arrest of a High Court judge.  There are fears among MDP supporters of the rapid growth of radical Islam in what has traditionally been a liberal Muslim nation.  During my time there, MDP supporters’ houses start getting tagged with the word “laadheenee” (“irreligious”) spray-painted in yellow (the MDP colour).

It’s a nation that needs to agree on what it wants to be and soon.  If water levels continue to rise at current rates, it is estimated that the physical nation of the Maldives will be underwater by 2080.  With this in mind, the nation faces the prospect of relocating its entire population.  That population will then become the Maldives so the battle is on for the narrative of the nation’s identity and, at the moment, it is largely being defined by what people aren’t allowed to do. 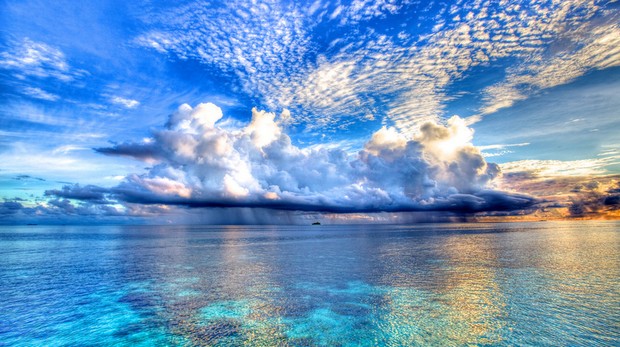 It quickly becomes apparent that paradise is, for many, really quite boring.  We play Invisible Playground‘s simple physical game Turtle Wushu on the beach one evening.  Much like Johann Sebastian Joust, the game involves protecting your own turtle while your opponent tries to knock it from your hand.  While playing, a Maldivian woman says that she can’t remember “the last time she had fun.”  For everything that games can potentially do, the one thing that we know for sure they can give us and without which they won’t work at all is “fun”.  In two weeks, there was always going to be a limit to how much we could do but “fun”?  We could probably manage that.

A Maldivian woman says that she can’t remember “the last time she had fun”.

The team of games designers came from different places but largely those places had more in common with one another than they did with the Maldives.  One consideration that only struck us when we got out there was how hot it would be and how this would effect the kinds of games you could run successfully.  It’s too hot to do much at all between 11 am and 4 pm and, even at night, a few minutes of running around could leave you drenched in sweat.  There are also few open spaces and parks, particularly compared to Europe. In fact, there aren’t always pavements. Malé is a densely packed network of narrow streets, not dissimilar to a Medina in the Arab world but with more scooters: lots of scooters.

And of course, I was worried about being arrested. While you’re allowed more slack as a foreigner, there’s always a distinct possibility if you’re in the wrong place doing the wrong thing at the wrong time.  Before I get out there, I hear about a French musician who was busking in Malé and got arrested.  People assure me this was simply because he continued playing through prayers. I laugh nervously at his ignorance, of course.  I’d never do such a thing.  Then it occurs to me that I have no idea when the calls to prayer are. 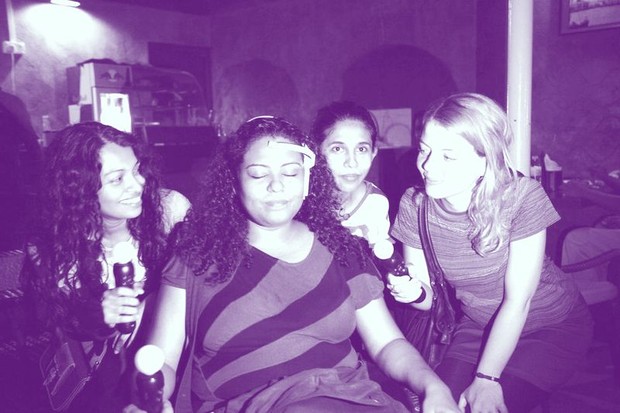 The morning after I arrived, I came down to breakfast to find everyone discussing an e-mail the project’s curator Soren Dahlgaard had sent.  I hadn’t seen it.  It turned out that Dahlgaard had been given permission to have the first Maldivian Pavillion in Venice by the previous government and one of his co-curators had since had that permission revoked by the new administration.

We were determined to continue with the project and to take it to Venice in a non-official capacity but we were also aware that “non-official” might be interpreted as “oppositional.”  I’d been in the country for less than 24 hours and the entire context for the project and the capacity in which we were there had shifted.  There was nothing we could do about it though, so we did the only thing we could do: we started exploring and we started making games.

Over the course of two weeks, games were created that took several different forms but the unifying goal was to provide playful, social experiences for any Maldivians who were curious.  Several of the games responded to the presence of water in some way (the territory of the Maldives is 99% water).  Patrick Jarnfelt, Ida Marie Toft and Naseem made a series of games that could be played in the water, using Move controllers, ingeniously waterproofed by a combination of condoms and tape.  Lena responded to the water more romantically by creating a game which involved handing a bottle to someone and asking them to choose one of the wishes that have been placed inside.  Once that wish has been fulfilled, you pass the bottle along to someone else.  This was born from a childhood dream of receiving a message in a bottle connecting you with someone in a far off land. Lena lives in the Czech Republic, further from the sea than any of us. 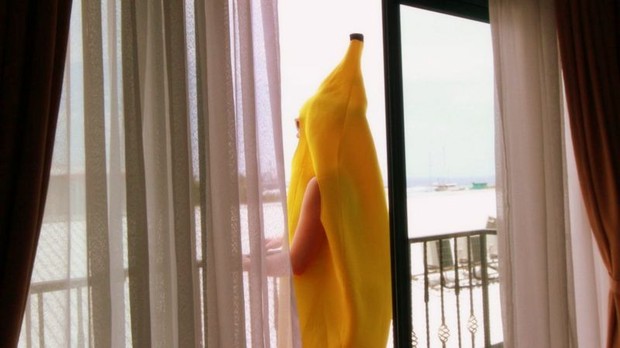 The Hunt for the Yellow Banana, the game I created with Andrea Hasselager of Play and Grow, started as a joke. We were fortunate to be in possession of a life-sized banana outfit.  In wanting to engage as many people as possible with the idea of play though, we realised that the Banana appearing in various parts of the city could potentially have a lot of impact.  People in Malé weren’t used to things like that.  We created missing posters and put them up all over the city.  While Andrea posing for the photo for the posters, someone already took a photo and posted it on Facebook.  Soon we had a website, a phoneline and a Twitter account and we were reporting sightings of the Banana on the website’s map.

We were fortunate to be in possession of a life-sized banana outfit.

The Banana has escaped from a fruit platter that it was about to be served up on in an airport café, made it to Malé and his former masters are after him now.  He has rebelled against the natural order of things: the dominance of humans over fruit.  Upon discovering free will however, the Banana found itself an existential crisis that only the people of Malé could save it from. The metaphor was not lost on players.

I believe that games are capable of amazing things and I think that belief is essential for anyone making them.  If you underestimate a form, it will remain unambitious.  At the same time, my time in Malé made me realise the importance of small-scale gestures.  As a foreigner only coming there for two weeks and knowing very little about the place beforehand, what I could contribute was always going to be severely limited and yet if a police man tells a teenage boy which way the banana went, if a young woman laughs out loud for the first time in a while, if people can be joined together in a moment where they forget about politics, religion and climate change and enjoy the company of other human beings, that can mean a whole lot too.