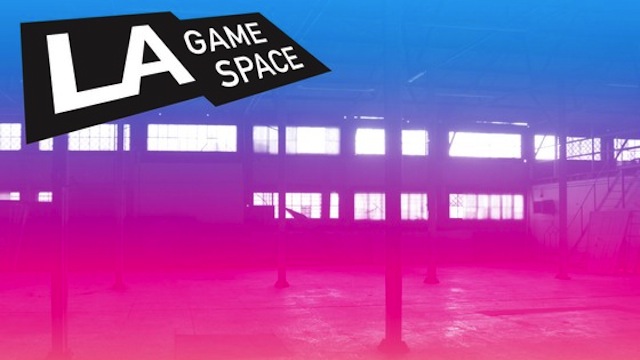 The residency is a cherished institution in American arts and letters. From Yaddo to MacDowell to Ox-Bow, residencies are the spaces where artists and writers and musicians can put aside worldly cares for a stretch and devote themselves to their work and the exchange of ideas with their cohort.

And if Daniel Rehn and Adam Robezolli meet their $250,000 Kickstarter goal, video games are about to get their first high-profile residency program.

LA Game Space, a three-years-in-the-making project in a warehouse in the arts district of Los Angeles, would combine residencies with speaking series, art exhibitions and research labs, in an effort to harness the enormous but diffuse energy of the indie games movement.

“Now is the right moment to launch the space for many reasons, the growth of game culture and the evolution of the game industry among them,” Rehn says. “This is not just timely—it is probably long overdue. The industry, the developers, and the players have all been ready for this for a while.”

Rehn, an artist and researcher who directed the Re:Game lab, met Robezolli, a game developer, producer, and game event organizer, at a conference in 2008. They immediately agreed on the need for a place for game makers to meet, exchange ideas, and expand their cultural horizons. To that end, the Game Space will feature a mix of traditional game makers, visual artists, and guests from fields as far flung as architecture and writing.

“Cultural literacy is something we’ve discussed and get excited about,” Rehn says. “It’s really personal for me because I come from an art and new media background. Game people want to know more about art but they feel like they’re not allowed to, and art people want to make games but no one has ever asked them.”

“My personal take on LA,” Rehn says, “is that it is this great postapocalyptic place. Hollywood has crashed, the city isn’t as rich as it was, and now it feels like it has a new beginning. Los Angeles has always had the tradition of the frontier and artistic outliers who are able to work without so much scrutiny.”

Yet instead of creating a site of indie exceptionalism, the Game Space founders hope to host developers from the gaming mainstream as well.

“Someone who is doing garage gaming who works at a major studio, who is like the line order cook of the big game machine; in no way do we want to lock those people out,” Rehn says.” I think a lot of them have super interesting ideas that they want to get out and can’t.”

It’s a project that could redefine the idea of what it means to be a game maker.

Potential residents will write proposals describing a project they hope to work on while at the Game Space, but will be free to move onto other projects if they choose to once they are accepted. Far from a utopian cooperation on a single idea, the Game Space, as Rehn imagines it, will be the site of pragmatic collaboration between residents, who will borrow ideas and expertise to make their own projects richer. Game Space has no commercial ambitions.

“We not trying to profit from this,” Rehn says.

But they are trying to get funded. Because LA Game Space is not accepting any corporate sponsorships, the project’s startup costs will come, the creators hope, entirely from their Kickstarter campaign. With 11 days to meet their quarter-million-dollar goal, the project has currently received more than $115,000 in pledges. Those who pledge $15 or more will get a pack of 30 new games, including titles from the creators of Katamari Damacy, Adventure Time, and Hotline: Miami. Future funding, according to Rehn, will come from a mix of more traditional fundraising, paid conference series, and events.

If Rehn and Robbezolli meet their funding, they plan to open LA Game Space by March, with an initial group of 6 to 8 residents. It’s a project that, by removing the commercial and day-to-day pressures of development, could redefine the idea of what it means to be a game maker.

“We don’t see it as a high and mighty thing,” Rehn says. “We just want to build on the energy that already exists.”