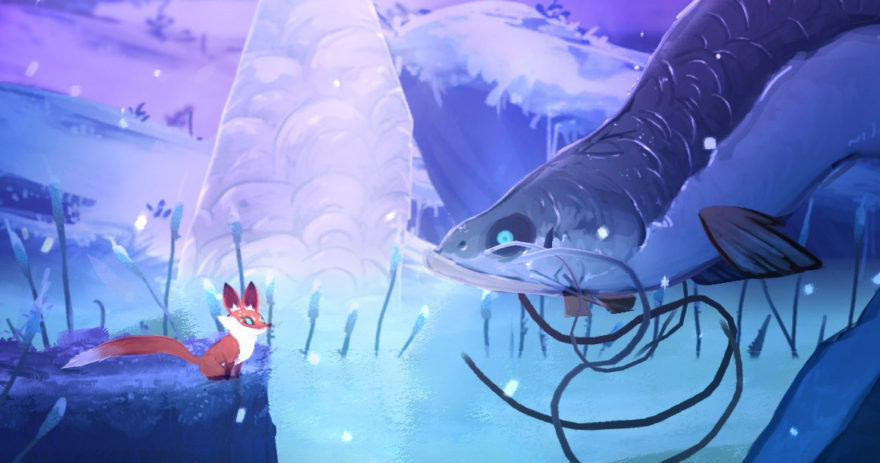 Though the strangely-specific genre of “fox adventure game” isn’t exactly lonely this summer, the upcoming platformer Seasons After Fall is determined to assert its individuality. A fox wandering through a forest: good. A fox wandering through a forest in order to collect fragments of every season in order to fulfill a magical ritual: even better. Developed by Swing Swing Submarine and charmingly hand-painted, Seasons After Fall isn’t scared to follow its own ideas.

Switching between seasons is the signature of the game

During his quest for the fragments, the protagonist (i.e. the fox) has one significant advantage over his environment: he can manipulate the seasons, changing spring to fall to winter and back again. Switching between seasons is the signature of the game, as it enables the fox to freeze water to run over, cause plants to grow that can be used as platforms, and other advantages. These puzzles are obstacles, standing in your way as you attempt to complete the ritual.


This ritual is finished by gaining the powers of the Guardians, “gigantic totemic spirits” that correspond to each of the seasons, and who are the keys to completing your quest. You are guided by the spirit that narrated the recent Gamescom trailer, whose hopes rest on the ritual’s successful completion. Her narration gives hints to the nature of the fox, mentioning that the protagonist should “enjoy [their] new body,” and sneaks a peek at the slumbering Guardian of Winter, but gives nothing further away.

Luckily, this won’t take long to arrive: Seasons After Fall is officially being released on September 2nd, though it’s currently available to pre-order for a small discount. That’s certainly much quicker than waiting for the seasons to change.