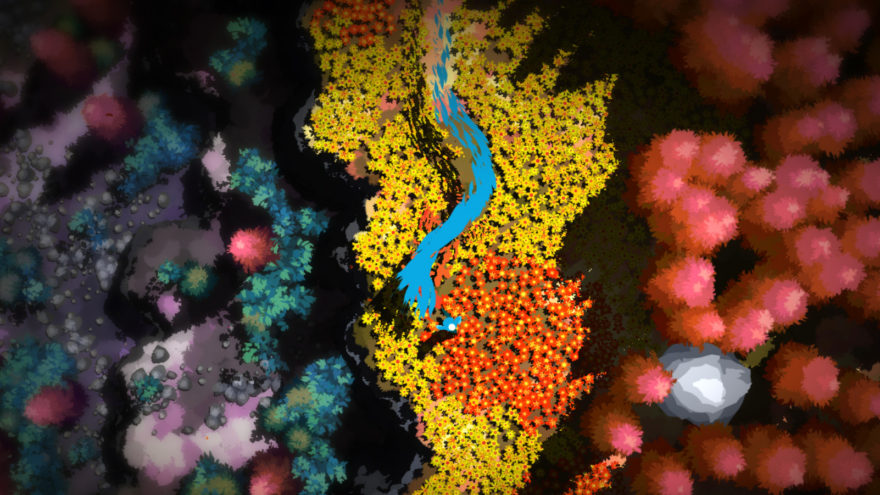 Future Unfolding has looked good for a long time. We first spotted it almost three years ago when we naively said that it would be coming out in 2014. Not a chance. We’ve just entered 2017 and it’s still not out. But it will be out soon. In fact, its arrival is listed on Steam as “Early 2017.” If you haven’t yet recovered from your New Year’s Eve party, let me get you up to speed: that’s where we are right now. Andreas Zecher, one of the people making Future Unfolding, is already prepping for the drop.

As far as can be ascertained from this distance, there are two primary features of Future Unfolding that has taken a few years for its creators to develop and perfect. The first is its vivid and serene visuals, depicting a range of beautiful, naturalistic top-down landscapes, the exploration of which should fuel your time spent with the game. You’re given no instructions and left to figure out what to do for yourself.

That open-ended choice was inspired by the creators’ childhood excursions into the forests of Poland and Sweden. So, it might be that you frolic with bunnies for a while, befriending them so they follow you around, which is bloomin’ delightful let me tell you. But there’s also a chance you could accidentally run into the wolves that divide their bodies in order to multiply their numbers as they relentlessly hunt you down. Yeah, that’s not normal. In fact, that’s also taken from those childhood forests, which were ripe with folklore and strange beasts.

Anyway, to get back to where we were, the most striking aspect of the visuals is the paint smear-like effect that happens when you sprint through patches of flowers, leaving a trail of bold color behind you. Seeing it in a still image can certainly have impact, but you should really see it in full motion, so watch the video below.


The second aspect of Future Unfolding that has surely taken a lot of time is its puzzles. Don’t fret too much, there doesn’t seem to be any hardcore number crunching in the puzzles, they’re more environmental and involve playing around with ecosystems. Here’s a good description from the creators about how these puzzles work: “Future Unfolding paints a world full of life, which follows an underlying logic but where not all connections are immediately clear to the player.”

interact with mystical monuments to be transported to new areas

For example, when I played the game, one puzzle-like element I found was discovering secret areas in the forest by utilizing the liquid the snakes shot at me, which corroded trees and opened up the way. You can also ride some animals and interact with mystical monuments to be transported to new areas. So the puzzles are meant to be intrinsic to the exploration—which is easily the biggest appeal of the game—merely adding soft barriers for a better sense of progression.

What’s most confusing about the puzzles in Future Unfolding is that they are all designed by hand but occur inside the landscapes through the use of procedural generation. That’s what the team behind the game said last year at least. I guess it makes sense when you consider that all of the environments are procedurally generated, and so the puzzles have to be too, but man that sounds like a lot of hassle. Still, I guess the team got through it if the game is to be out soon. Good job.

You can find out more about Future Unfolding on its website. It’ll be coming to PC and PlayStation 4. 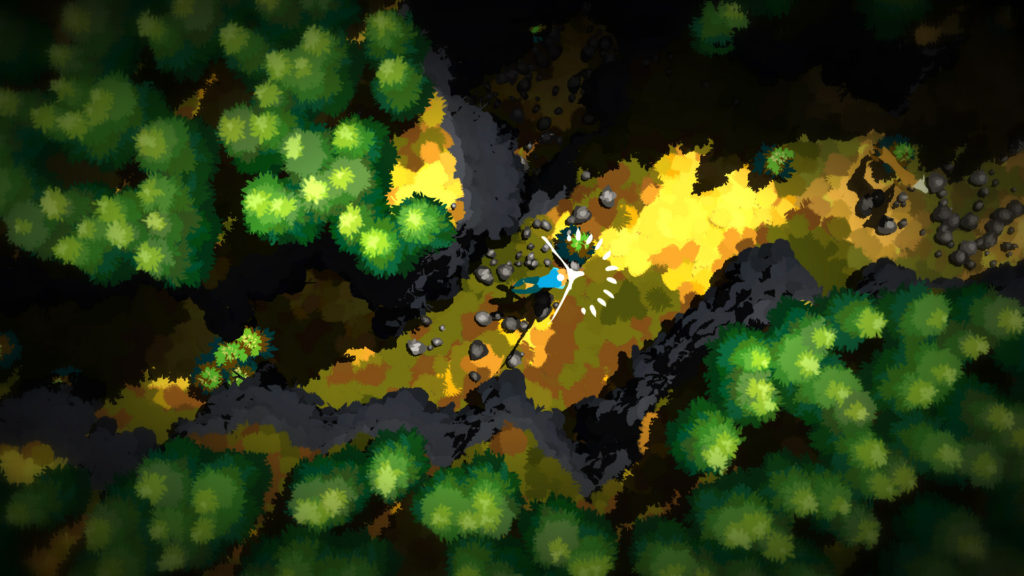