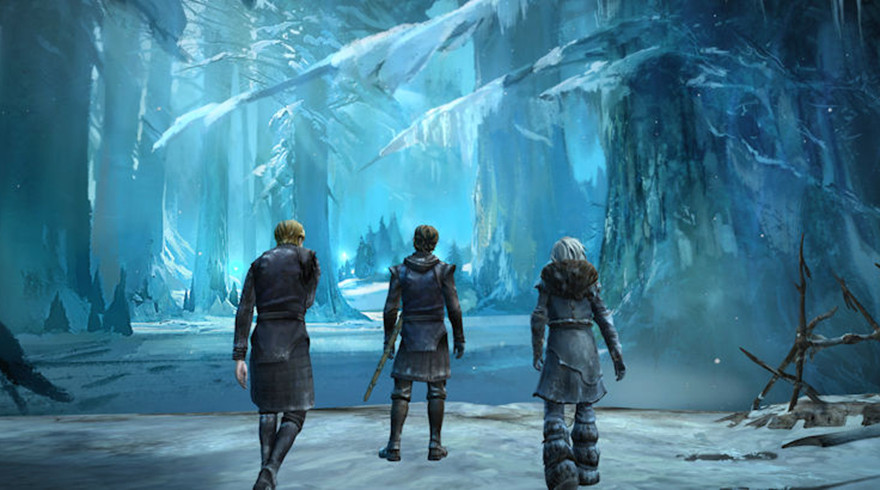 On paper, Game of Thrones’ complex medieval intrigue and Telltale Games’ unique brand of choose-your-own-adventure storytelling is a perfect match. And in the final episode of season 1 of Telltale’s series, the stakes are the highest of the whole season, not only for the characters beset with the inevitably bloody dealings within, but also for a game design thesis that has continued to promise and remind players that their choices will matter, steering the plot and shaping the characters. But now with season 1 at its close, it’s worth asking whether a plot that the player controls is really in the spirit of Game of Thrones to begin with.

If you remember back to episode 1, Telltale’s saga begins with the tragic Red Wedding, where some of the most likeable protagonists from the TV show and book are shockingly murdered, and certain game-only characters suffer the same fate. Prior to the slaughter, you control Gared, a humble squire, as you make idle chatter amidst the would-be celebration, but there’s no option to stop the massacre that you know is imminent. You decide how much you want to brag to a friend and how respectfully to treat your superiors, but there’s no way of making Gared say, “Hey, did you all see the title card for this scene? We need to get out of here!” It’s this sentiment that set the tone for the episodes to follow, particularly in relation to the HBO show from which it is licensed: yes, your choices matter on a performative, player-as-actor/director/scriptwriter level, but they bear no consequence on the canonical happenings of Westeros at large. 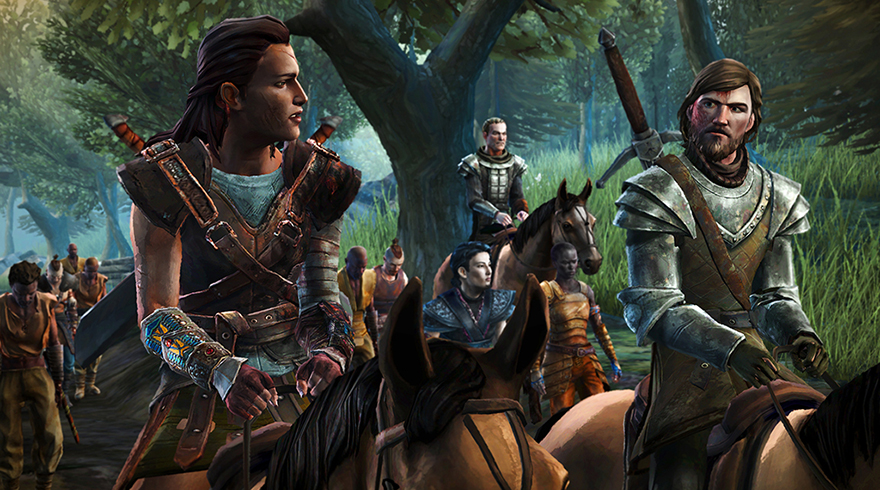 The result is that episodes of the game largely come off as fanservice—a loose remix of the Starks’ story, if the Starks were only important enough to be mentioned in passing one time, in the company of several other “clans,” across George R.R. Martin’s dense, five-books-and-counting saga. So while Telltale isn’t afraid to throw some gut-punches with the choices it puts upon players, there is, in most cases, a weightlessness to the endeavor. While some of the Forresters are likeable, none inspire the adoration of an Arya Stark or a Jon Snow, which in turn lowers the ceiling of player investment. The litany of technical issues (audio dropout, graphical hitching, etc.) that the series suffers from only serves to further shatter that artifice. Characters will die in Telltale’s game, and in episode 6 you have some control over who goes under the knife. The game fluctuates between the TV show’s penchant for rubbing the audience’s face in their own powerlessness (shocking deaths of “safe” characters) and the expectations players have for controlling and molding game worlds to their liking. Ultimately, it’s unclear whether these two polar concepts can coexist in a Game of Thrones context as complements.

Still, Episode 6 gets closer to figuring out the puzzle of Westerosi agency than any prior. While there’s no climactic moment where all of your choices laid in front of you, ala the conclusion of The Walking Dead’s first season, there are plenty of instances where the game limits your options to force role-playing in frustrating, but nonetheless enlightening, ways. One example of this is when Asher (assuming your Asher is still around) has to decide how to deal with the Whitehill forces that are laying siege to Ironrath. You are given two choices, and both surprisingly involve violating the ancient laws of guest right. The plan, either way, is to attack your foes over dinner; it’s just a question of method. While that may seem par for the course in Game of Thrones, for the Forresters to essentially stoop to such villainous tactics illustrates a desperation and a blind pursuit of survival at the cost of honor. As a player, I set out to push for an alternate non-violent route before the attack was to take place, which gave me a goal to pursue without the game spelling it out plainly. Of course, the game eventually offers up some dialogue choices that could possibly derail the scheme, but the pursuit of that derailment was one of the only moments over the course of Telltale’s series where “player choice” didn’t feel reactionary. 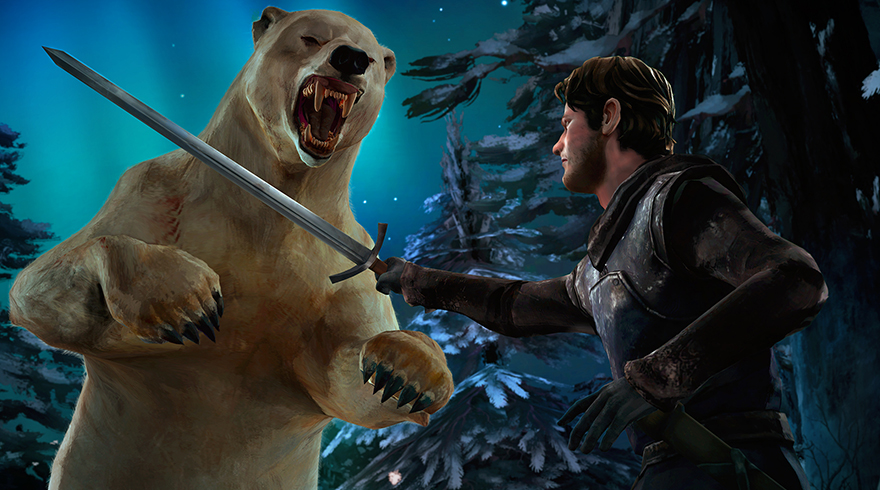 In contrast, with Mira and Gared’s storylines, you’re just nudging the wheel a bit to the left or right as you’re presented with decision after decision. It’s to Telltale’s credit that here in episode 6, those nudges can beget wildly divergent endgames for characters, but it’s taken a full season, and 4 months since episode 5, to get to this point. Queen Margaery may remember what I said to her before the coronation ceremony a few episodes ago, but I sure as hell don’t. Thus, Mira’s troubles in King’s Landing in episode 6 often come off as disproportionately severe, seeing as her arc has been languishing in fantasy bureaucracy for a while now. And Gared’s story suffers from the opposite fate. His has consistently been the most engaging tale throughout the season, and one could argue that his journey north of The Wall is actually the only instance of Telltale’s game bringing genuinely new elements to the world of Game of Thrones. Yes, Gared finally arrives at the North Grove in episode 6, but what exactly the fabled power of the location is isn’t even a core facet of the cliffhanger ending. Gared’s final choice feels underinformed, no matter which way you decide to nudge.

I’m a big Game of Thrones fan, but Telltale’s game series is, unfortunately, inessential material. Maybe that will change in season 2, but as of now, the game is a bonus featurette class and a cautious, buggy half-step, as far as Telltale making any significant alterations in their Walking Dead formula. That’s not to deny moments where that formula gels into a delicious cocktail of political maneuvering and steel-bearing physical altercation, but it’s one that’s tasted better elsewhere.