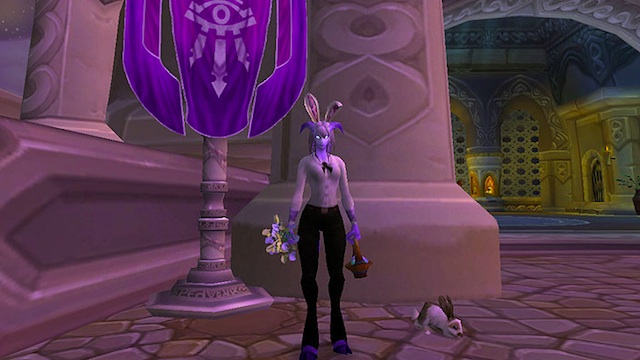 Yeah, we kind of doubt it too. However, it could possibly go down as the best videogame-to-cinema adaptation yet. Furthermore, it could actually be good. This auspicious thought is inspired by the noted British director Duncan Jones having just signed on to direct Warcraft, the film based on Activision Blizzard’s world-conquering MMO.

Things are suddenly looking rosy for the big screen arrival of everyone’s favorite guild-running, leather-crafting RPG, as Jones, the son of glam-rock legend David Bowie, also directed Moon, a decorated sci-fi flick about an isolated astronaut stranded on a lunar space station with a creepy artificial intelligence named Sam who reminds us of HAL.

Naturally, no one really expects a movie based on a videogame to be watchable, much less a videogame where orcs in heraldic armor chop dragons with battle-axes, and Jones seems to know the tall order of the task at hand. “So the gauntlet was thrown down ages ago: Can you make a proper MOVIE of a video game. Ive always said its possible. Got to DO it now! ;),” he tweets.

He is attempting to do something that may have never been done before. Has there ever been a good videogame movie? We can’t think of one offhand. Double Dragon, Prince of Persia, The Wizard, Wing Commander, Mortal Kombat, Resident Evil, Doom, Max Payne — all bad to exceedingly bad. Dennis Hopper claims to have had no idea what he was getting into when he agreed to play Bowser in the infamous Super Mario Bros. flop.

However, Jones is an avid Blizzard fan who’s intimate with everything from Starcraft to Diablo to World of Warcraft. In an interview with Badass Digest, he practically prostrated himself for the opportunity.

I’m hugely jealous of Sam Raimi. (former Warcraft director – ed.) I really believe World of Warcraft could be the launch of computer games as good films. And from the little I’ve read of interviews with him the way he’s approaching it makes so much sense. It’s what I was talking about – it’s not worrying about how the game plays, it’s about creating the world of the game and investing the audience in that world.

Activision Blizzard has already demonstrated a desire to compete with the movie industry in terms of the cinematics in the Modern Warfare series, which, for all the flak it gets, and rightfully so, I have to admit the games are cinematically entertaining. Let’s hope Bobby Kotick will open up the piggybank and throw some coinage behind the production. Also, let’s hope he has the sense to let Jones do what he does: Shoot good film.