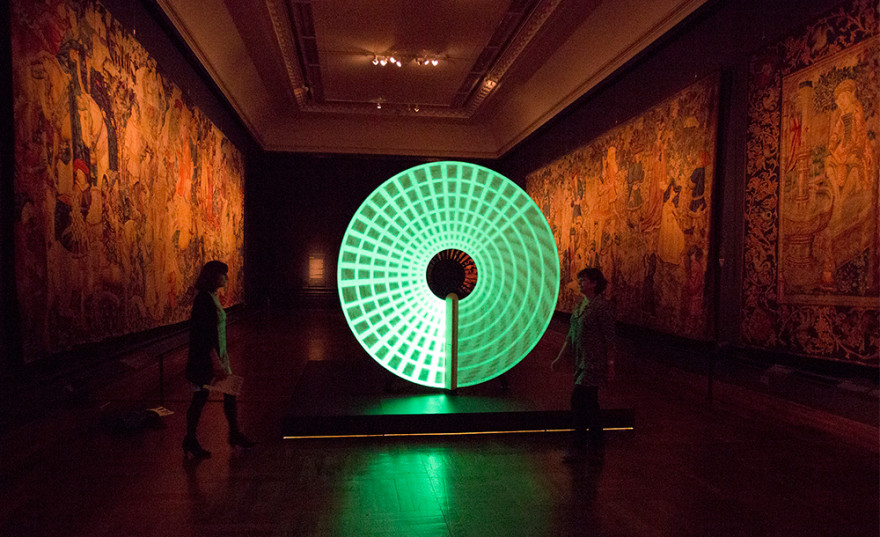 In addition to The Art of Algorithm exhibition we covered this week, another illuminating exhibition is gracing the London Design Festival. Product designer Felix de Pass, graphic designer Michael Montgomery, and ceramicist Ian McIntyre, with the blessing of big-faced watch makers Officine Panerai, to create an installation known as Candela.

It’s currently resting in the V&A Museum’s Tapestry Gallery and consists of an enormous, spinning wheel dotted with more than 700 LED lights. The greenish hue is due to a material known as Super-LumiNova, the same material the keeps watch faces bright even in the dark. Super-LumiNova is based on LumiNova pigments, which was invented in 1993 by Nemoto & Co., Ltd. of Japan. You’ve likely used it for those tiny stars we put on our ceiling as kids.

Here’s how Candela works. The wheel spins the photo-luminisecent surface which passes over the LEDs. Those lights charge the surface and a the glowing green appearance appears as an afterglow. And much like you need to put your watch face in the sun to recharge its glow, Candela‘s green appearance changes as it recharges. 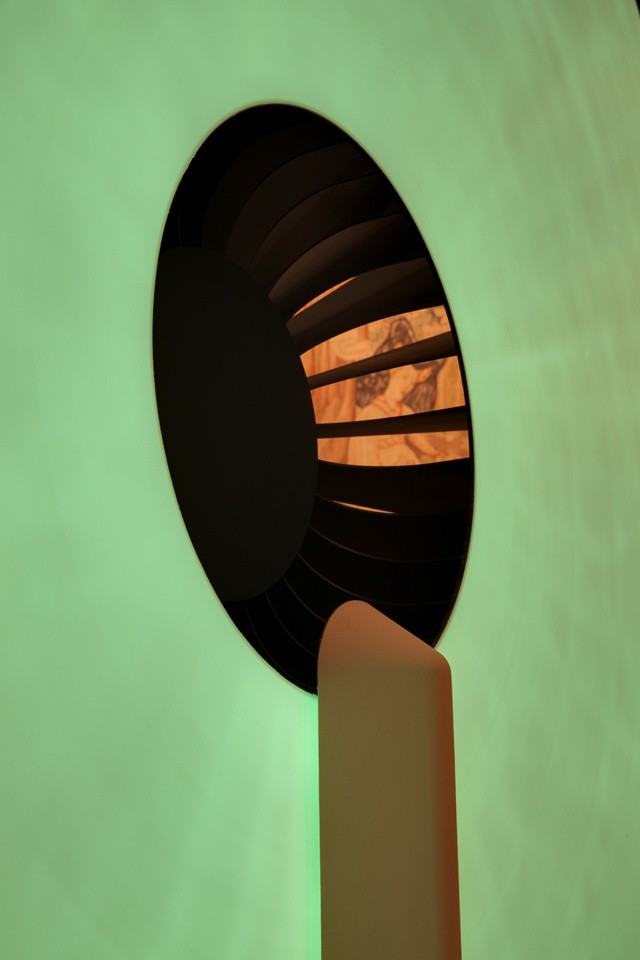 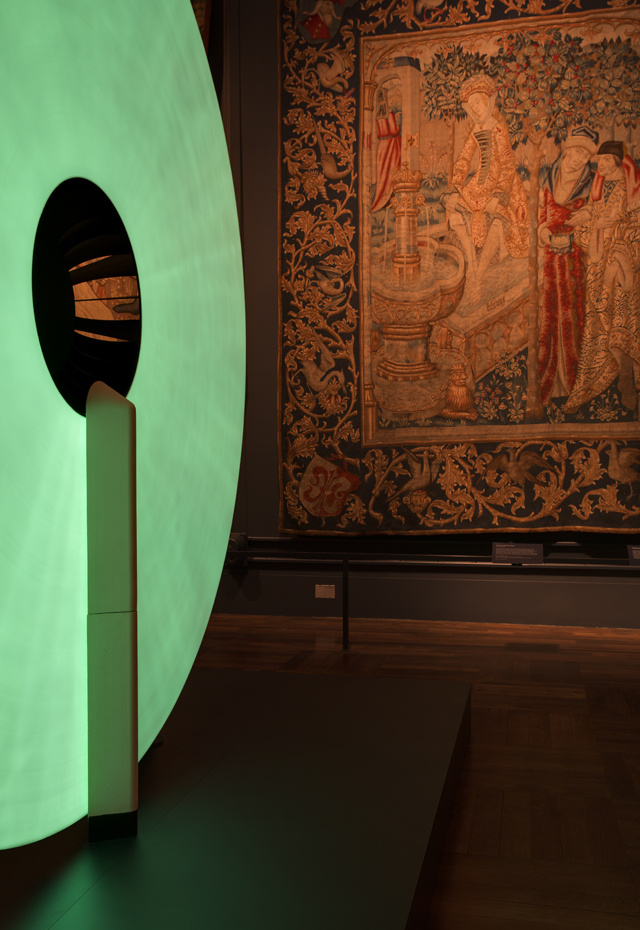 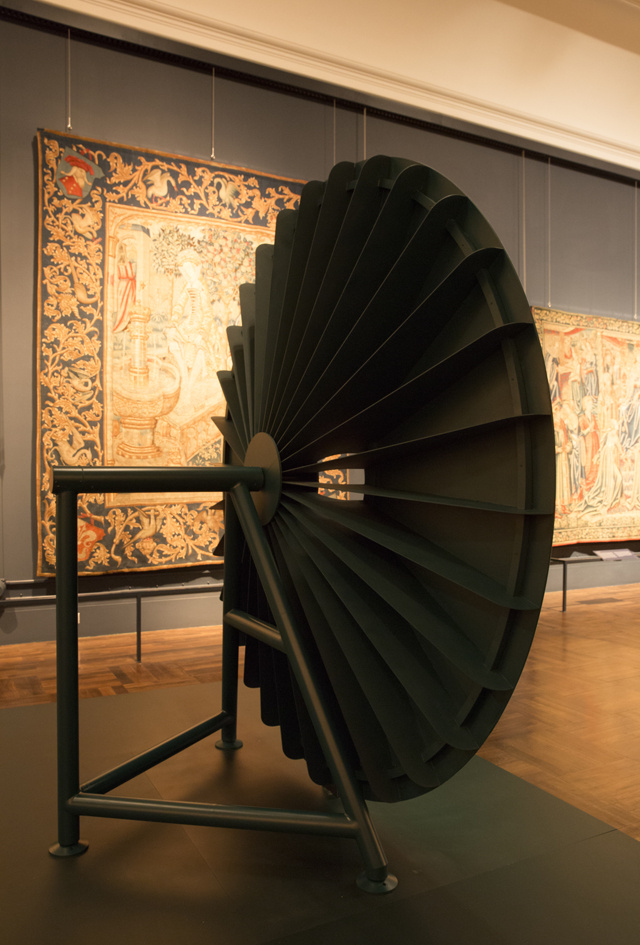 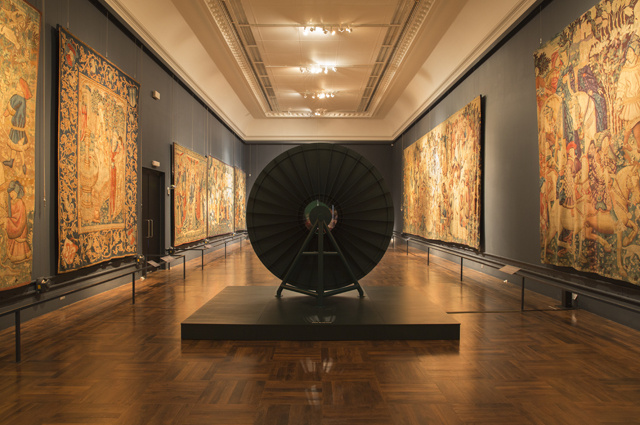 Header photo via V & A Museum. Photos via Ed Reeve.