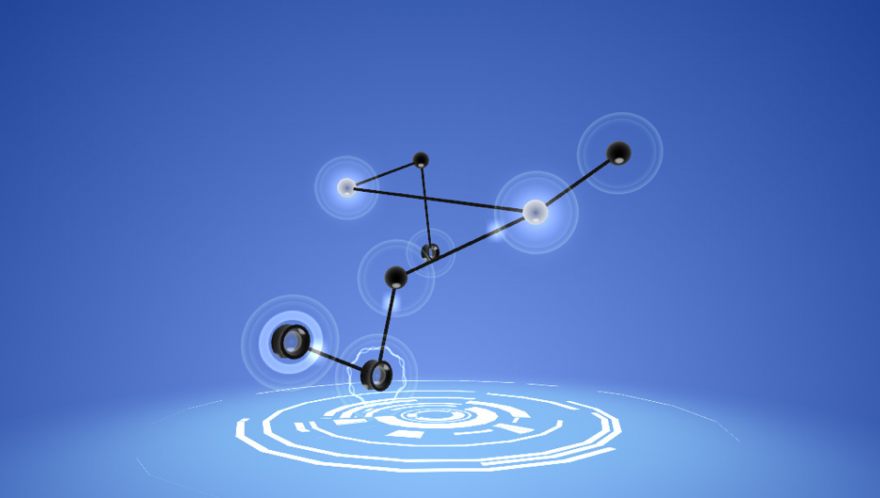 Music games and music creation tools tend to be a one way street, running straight forward from front to back. Each step of a sequencer lights up and then dims after the beat hits. And Guitar Hero is a forward scroll with no backsies. But Cadence is an intriguing music puzzle game and music generation tool that asks what if music could be plotted to any point in 3D space.

It will probably help to click play on the video right about now, but the idea is that you can hang nodes in space and connect them to produce musical currents that flow any whichaway. Just looking at the strange kinetic sculptures reminds me of one of those games where you learn code by hacking, like Quadrilateral Cowboy, or Glitchspace; but cleaner and less intimidating with pretty sounds. The game is still a ways off, but is coming to PC, Mac, and iOS.