The surrealist whimsy of Wes Anderson’s Grand Budapest Hotel seems to beg to be turned into a videogame. It’s a film with so much breathless momentum that it nearly trips over itself while bringing the viewer from scene to scene. The attention to detail evident in every single set piece makes each feel tangible—like, if you reached out far enough, you too would be pulled into the whirlwind of pastel contradictions. Coupled with the film’s whodunnit setup, The Grand Budapest Hotel invites a kind of interactivity few other films even attempt.

In our talk with the team of NYU Game Center students who created Maquisard, a small investigative game which borrows from the Grand Budapest, we discuss the interactive elements embedded into Anderson’s ode to high end hospitality. With great attention to the player’s sensorial experience, Maquisard asks you to be the eyes and ears of a fancy hotel with a dirty little secret. A dangerous spy lurks somewhere in the midst of the other innocent guests, and—of course, as the bell boy—it’s up to you to unmask him or her. By observing each guest for telltale signs, you zero in on your target, while also becoming more aquatinted with the “unconventional” personalities that frequent the not-so-humble abode of the Maquisard.

You can play Maquisard for free on Windows and Mac, and keep an eye on the game’s progress over on the IndieCade Showcase here.

KS: What attracted you to Wes Anderson and The Grand Budapest Hotel in particular?

From the beginning, we wanted to create a deduction puzzle game where you had to identify the target from a host of quirky characters. Then, we saw The Grand Budapest Hotel‘s promotional posters that framed the entire cast on hotel tags. They looked like mugshots for possible suspects, encouraging viewers to participate and guess the culprit of the murder mystery. We also wanted the experience of Maquisard to be a really charming one. Which is Wes Anderson’s signature appeal and aesthetic, especially in Grand Budapest Hotel, with its lovely hotel and quirky characters. It fit perfectly. By bringing them together, Maquisard was born, as a charming game about finding a government agent in a grandiose hotel. 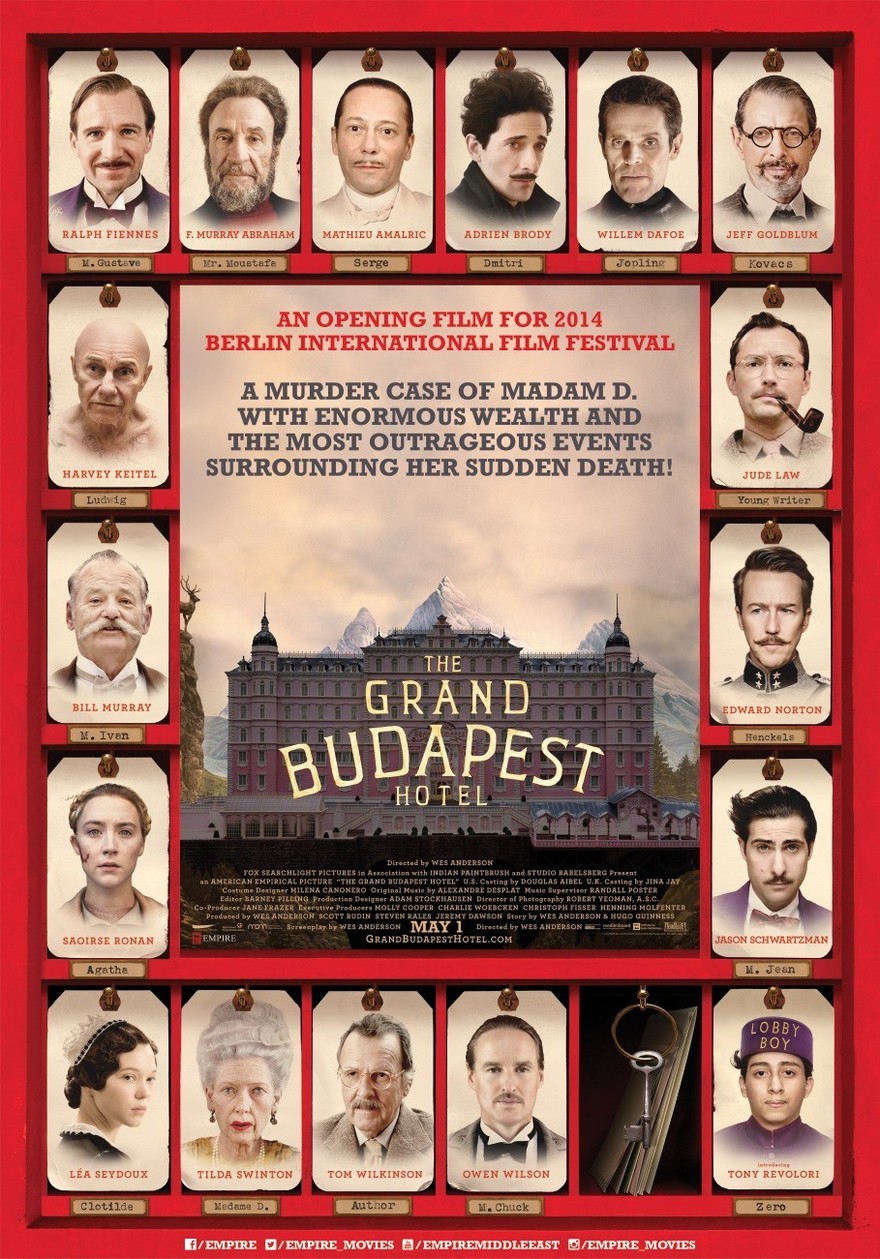 KS: What were some of the challenges of translating The Grand Budapest Hotel into a game? What came easy?

One challenge was trying to mimic the particular kind of quirkiness of the characters in Grand Budapest. We had so many discussions about what each guest’s five traits should be, what behaviors and dialogue fit the aesthetic most, what should and should not be shown. Another was toning down the dark humor from the movie. Our team created Maquisard in hopes of making a charming and light game—so murder ran the risk of bringing us down a darker narrative path. So, oddly, our challenge was to make the game sillier and funnier. One thing we grappled with in particular was how to end the game, after you’ve identified the agent. Should the rebel resistance group kidnap the perpetrator? Murder him or her, even? That seemed too bleak, so eventually we settled on giving the agent secret documents that needed stealing. So no one had to die (at least not on screen).

Meanwhile, the visual design of the hotel, characters, and the theme in Maquisard came pretty easily. Since we knew from the beginning that we wanted the game to take place in a hotel, particularly taking place in around the same time zone, much of the visual inspiration came from The Grand Budapest Hotel. Starting from the pink color theme to the recognizable manager, much of Maquisard’s visuals are owed to the movie.

this is only a slice of the grande Hotel Maquisard

KS: Do you think Wes Anderson films approach life with a game-like sensibility?

There is a certain game-like sensibility in the way Anderson uses his sets and shots. Since the composition of the shot is usually in forced perspective, the viewer is limited to seeing the screen like a sidescroller. Maquisard emulates that, by presenting the game as a doll house-like one-perspective shot. The idea is that this is only a slice of the grande Hotel Maquisard—there’s so much more to explore, you just can’t see it. Also, the quirkiness of his film plots and characters tend to feel very game-like: an unadulterated experience of the fun and unreal (just look at the epic ski chase in Grand Budapest for an example.) Since Wes Anderson stretches the limits of reality, Maquisard can get away that too. We loved showing off the stranger parts of our world, like a scuba diving rebel resistance leader.

KS: What did you most want to capture from the source material?

It was important for us to make the bellhop, the protagonist of both the film and the game, relatable. In the film, it was so easy to connect with Zero, especially when he’s surrounded by such a vibrant and star-studded cast of big personalities. Also, the music’s sound palette needed to be very bright and thin, to reflect the film (and the game’s) overall levity. Many of the sounds we used in the music emulate the instruments Alexandre Desplat uses in the film’s soundtrack, like the cimbalom and balalaika in the main hotel theme. As a whole, we not only wanted to convey the bright colors, charm, and humor of the film, but also its sense of wistful nostalgia for something from an imagined early-20th century Europe.

KS: Any plans to expand on the project?

Definitely! The reception that Maquisard received was overwhelmingly positive—and that’s very encouraging. We’ve learned a lot from player feedback and have several ideas on how to expand the game. Stay tuned for further puzzles, expansions, and even multiple endings.

This interview has been edited for clarity and length.