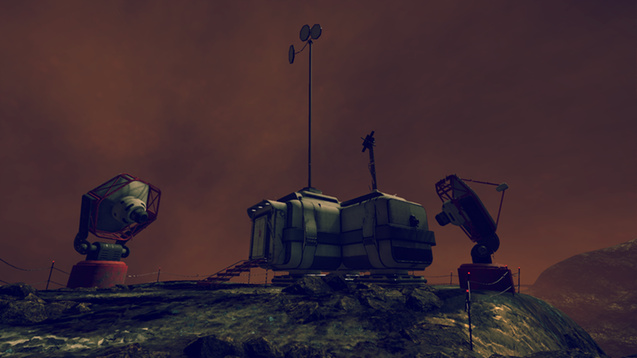 There is, as your tinfoil hat-wearing friends are likely to tell you, no shortage of conspiracy surrounding the assassination of John F. Kennedy. There are the claims about the second shooter or someone on the grassy knoll. There are shadowy figures in conspiracy lore like “dark complected man,” “badge man,” “tin hat man,” “umbrella man,” and “black dog man.” Yes, those are all real, and at least everyone can agree that men are the problem. For good measure, the 1979 House Select Committee on Assassinations—yes, that was its real name—declared that there was probably a second shooter while passing the buck on the not-at-all-insignificant matter of who that shooter might be.

Pollen definitely goes further in its retelling of events

To that long list of conspiracies, we can now add another: Mindfield Games’ Pollen, which is due for release in early 2016, posits that JFK actually lived through the assassination. Having survived this attempt on his life, Pollen’s JFK governs as if he were a changed man. Isn’t that what he is? Here’s how project lead Olli Sinerma explained the idea to Game Reactor:

In our world [the world of Pollen] Kennedy was not shot, but actually his bodyguard took a bullet. …  In our world [the US and the Soviet Union] joined forces and 30 years later human beings have moved to space and we have outposts on Mars, on the Moon and one of them is on Titan. On the Saturnian moon. It’s pretty much common place in Pollen that you have a job in outer space. It’s something comparable to have a job at the Arctic circle. It’s not totally unheard of, it’s pretty common and of course it’s really isolated.

And that’s just the premise!

Conspiracy theories are good fodder for fiction, provided, of course, that the wound is not too fresh. This, in other words, is not what fair game looks like:

“Yes, I have an mfa in graphic design and I’d be thrilled to create the logo for…what did you say your group was?” pic.twitter.com/ZFGnOUmjHn

But JFK’s assassination? Absolutely! The event led to an entire subgenre of conspiracy films. Oliver Stone’s 1991 film JFK is an all-out attack on the 1964 Warren Commission report, which found that Lee Harvey Oswald was indeed the lone gunman responsible for the assassination. Much of this ground had previously been covered, albeit with less artistic merit, in the 1966 film Rush to Judgment. Pollen definitely goes further in its retelling of events on that day and thereafter—it does not traffic in quibbles about the identities of witnesses—but is building on a strong conspiratorial tradition.

This does not necessarily clarify what conspiracy theories are and are not fair game for games and other media—nor is it my place to set that bright line—but Pollen, for all its technology and radical storytelling, is in keeping with tradition. Whether now is really the time for Michael Bay’s Benghazi film or, heaven forbid, Benghazi: The Videogame is an entirely different question.

You can find out more about Pollen on its website.