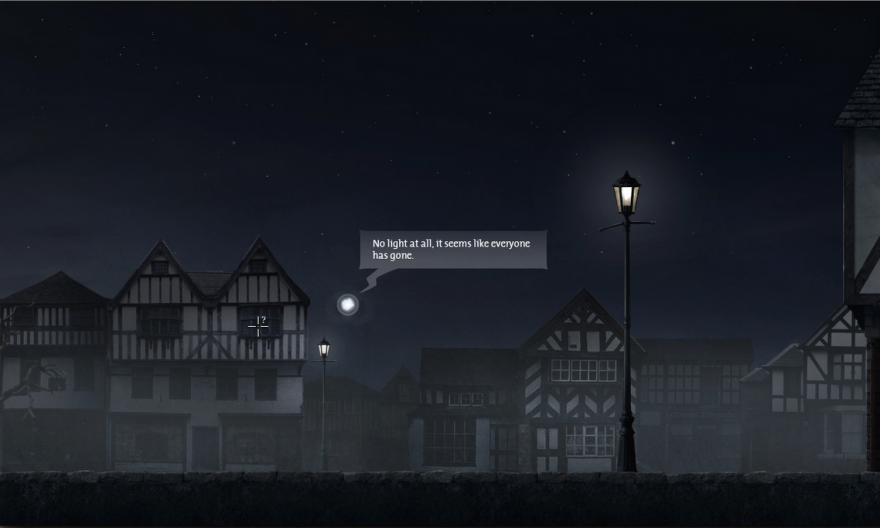 Nothing sets the mood more than a combination of the phrase “Victorian manor” with “ghost story.” I’m sure images of solemn old timey photos and moonlit graveyards are already flooding your imagination.

Ghost stories were a full on craze during the Victorian era, and sometimes it feels like the period’s architecture was specifically designed to creep the hell out of people for centuries to come. A Guardian article on the phenomenon essentially chalks it up to hallucinations from gas lighting, an economic shift toward creepy big houses filled with lots of creepy servants, and the sensation of disembodiment that came with rising technologies like the telegraph and photograph.

In our own era of disembodying technologies, an atmospheric videogame about a Victorian ghost just feels right. The point and click adventure Goetia, which launched its Kickstarter campaign this week, casts the player as a young specter named Abigail Blackwood.

“Blackwood,” the campaign reads. “The name of a manor and the family that lived within. A perverted and mad lineage, a clan whose final members devoted their life to mysticism and fanatical experiments.” Though Abigail died in 1902, her spirit mysteriously awakens decades later to discover that her family has fallen in the 39 years since her own demise. She roams the halls of the empty manor as a bodiless specter impervious to walls. Seeking answers, Abigail must solve puzzles by switching in and out of corporeal form, through the possession of various household objects. As the campaign teases, the creators of Goetia know “you’ve always dreamed of being a candle holder.”

She roams the halls of the empty manor as a bodiless specter impervious to walls.

Like many Victorians, the Blackwood family’s unquenchable thirst for knowledge lead them down an unexpectedly supernatural path. Yet, while Abigail’s narration hints at a demise brought on by this dangerous fascination, the time period she finds herself in also suggests a different kind of destruction. By 1941, history’s bloodiest war had, of course, already claimed much more than just a few English households.

The game’s element of disembodiment promises to add an unconventional layer to the typical point-and-click format. For one, it encourages non-linear exploration, allowing players to flit at will through the five distinct areas: the abandoned village, Blackwood Manor, and the ruins, pinewoods, and caves surrounding it. Because the player can switch between tangible and intangible forms, the puzzles also feature various alterative solutions. Some solutions even unlock secret powers, like the ability to see an object owner’s final moments.

And since “an intangible ghost doesn’t have a backpack,” Goetia even forgoes the convention of an inventory (hold your gasps), rendering the protagonist herself a vehicle for combining, throwing, and using objects through possession.

Aside from the interesting parallels between the time period and the mechanics, Goetia’s campaign also provides a tantalizing excerpt of the game’s moody prose. “If you walk among the ruins,” Abigail’s narration reads, “you can easily imagine what it was like. The small black dots of the Luftwaffe getting bigger by the minute. The whistling of the dive bombers approaching on that fateful day of February 1941. And if you touch the charred wood, you can even hear the warning calls and the waves of panic resonating through time.”

Even the unexpected music, which is described as “progressive rock” adds a certain element of the uncanny. In a similar fashion to Showtime’s Penny Dreadful, the clash of antiquated setting with a modern soundscape brings its otherworldliness closer to home.