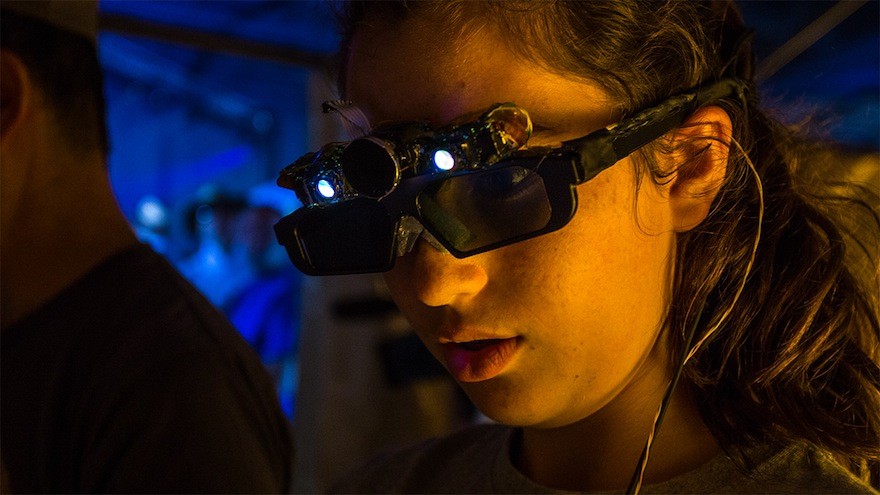 There was a lot of hype around virtual reality at CES last week, but don’t overlook the fantastic possibilities of augmented reality. You can see what they’re capable of in the video below: namely, very-impressive holograms projected out in front of you. While this pair of CastAR augmented reality glasses may lack Versace frames, who cares what the world thinks when you’re tripping on vivid optical illusions. You have other things to be concerned with, such as that agitated crab on your table, which may or may not be there.

Although augmented reality technology has been around awhile and hasn’t found its sweet spot yet, never before have you wore it on your face. This device is much more convenient than gazing into the augmented world through the camera of your phone. We should expect these glasses to be wonderful, as they’re the handiwork of Jeri Ellsworth, the former engineer at Valve who cooked up all kinds of quirky contraptions. They offer a compelling alternative to virtual reality, bringing the virtual into physical space. This may be the kick in the pants that alternate reality needed.