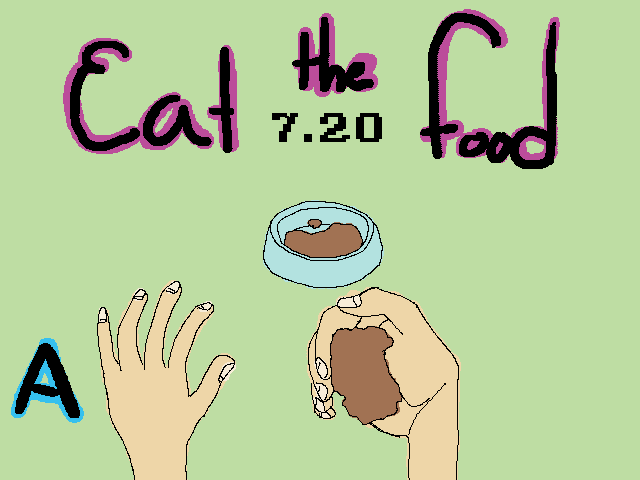 First they took over our internet, asking for handouts in the form of burgers and terrible meme grammar. Then, they invaded our boxes, leaving no cardboard un-nibbled. The feline annexation has gotten so severe over the years, in fact, that Japan has been left with not one, not two, but twelve cat islands where “cats outnumber humans six to one,” reports The Atlantic.

Although many of us already believe cats are secretly plotting world domination, few actions have been taken to prevent it. It’s as if we’ve come to accept our alien cat overlords, like they hail from the planet Thuban 9 and hypnotized us with “hyper-cuteness” into harnessing the earth’s gravitational pull in order to save their home planet. Or something.

pull off the ultimate cross-species heist

Since the felines have already proven they’re not above trickery, disguise, and witchcraft to win this war, it’s only fitting that we wouldn’t be either. In Tom Astle’s Cat Show, you must use all your skills and training as a secret agent (virtually none) in order to pull off the ultimate cross-species heist. There’s a cat competition, with 10,000 cat dollars on the line—which could buy a person a lot of anti “hyper-cuteness” defenses against their feline enemy.

But, before you can nab some of those sweet cat dollars, you must first conquer the ultimate test: passing as a cat. Mostly, this entails remembering that cats do not speak English, and so responding to any question—no matter how tempting—with a resounding and appropriate “meow.” But more official tasks to prove your cathood in the talent competition include having to “cat the food,” which means swiping at a pile of cat goo in quick succession, as well as demonstrating how well you can swat toys.

Sadly, your task proves near impossible. No matter how convincing your meow or how catastrophic your swipe, the truth always comes out. Over the thumping beat of cat-tastic EDM, you—a grown ass man in a cat mask—are arrested and carted off to jail. Your charges? “Public nudity and reckless cat impersonation.”

It would seem the cats already got to this talent competition, turning your fellow man against you. If only the humans knew what was coming for them. If only they knew that your public nudity was meant to protect the world from the “hyper-cuteness” of our feline enemy.

But while this attempt to dethrone the cats failed, creator Tom Atsle also appears to be making a pet-themed Papers, Please where you must play the role of an animal inspector. Let’s wait and see who gets the last meow once the felines are at the mercy of your paws.

You can attempt the most catastrophic hesit in all of cat history yourself for free on Windows here.