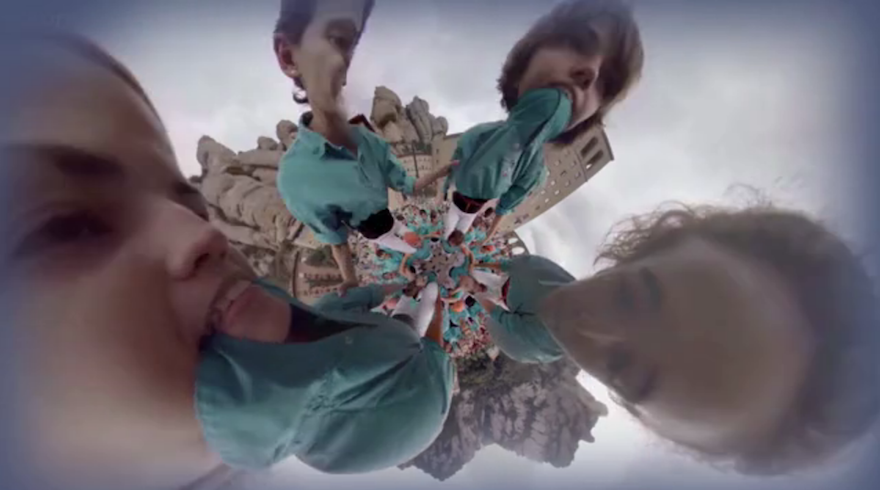 Catalonia is a historic region in Spain that was settled on the Mediterranean in ancient times. It’s also the subject of this wild virtual-reality documentary, which isn’t recommended for those who fear free-falling through midair.

The logistics of the 360 Catalonia Experience are tricky, but the project involves skydiving, 360 degree vision, and strapping an Oculus Rift to your face. This potentially-dizzying invention is the work of Xavi Elson of Barcelona, who wanted to recreate the rich cultural history of his home, you know, by simulating jumping out of an airplane, and spinning its ancient monuments and citizens like a kaleidoscope. I don’t normally say rad, but watch the video and tell me this isn’t rad.