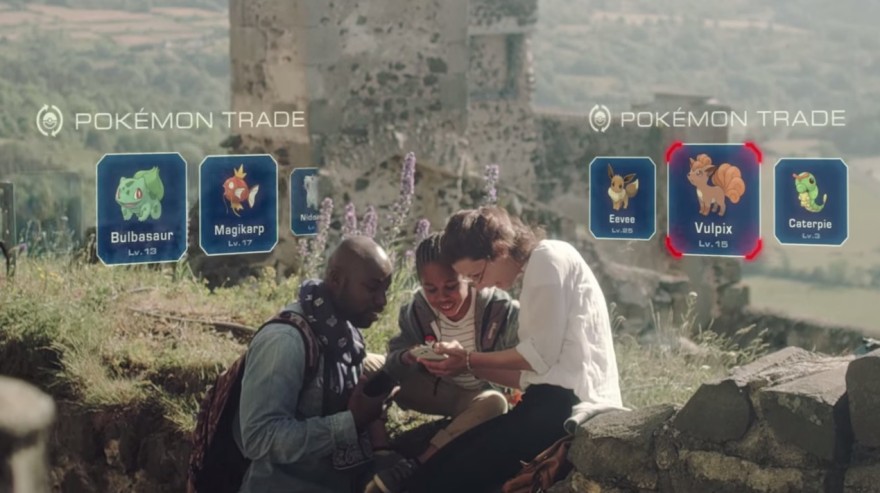 Pokémon GO is a videogame that—get this—sees Pokémon invading “the real world.” Yep, you don’t have to sit in a stuffy room by yourself staring at a grey and green screen of mere inches in size to play Pokémon any longer, as I did for hours as a child. You can go outside and find a Pikachu poking its head out of a shrub through your phone’s screen, throw a (pretend) Poké Ball at it, and then trade or battle it with whoever else is around.

This is all possible due to the technology that Niantic Labs (which has just broke up with Google) has developed over the years with its augmented reality game Ingress. It used the location tracking function of your phone to include you in a virtual battle that took place across real cities with tens or hundreds of other people. Now Niantic has teamed up with The Pokémon Company and Nintendo to add Pokémon to that idea.

The Pokémon GO trailer demonstrates this concept by having adults jumping around excitedly in the middle of Times Square, as if they were out of their head at a rock festival, while battling Mewtwo. Notice how all the wild Pokémon are all hiding in cute places too, like behind rocks on a hillside or inside the ruins of an ancient temple, and not luring children into the middle of busy roads as they probably will be… let’s hope not.

“help players discover the world and people around them.”

That aside, what the trailer also shows is what these three companies are hoping to achieve other than converge peoples’ dreams with modern technology for huge profits. And that is to “help players discover the world and people around them.” Ideally, people would be interested in exploring the places they live by themselves. But this is a cruel world and we are often jaded. So chasing an over-grown caterpillar is probably the only way we’re going to head down a dark alleyway at this point.

There’s also an extra doohickey that can be bought to complement the game called “Pokémon Go Plus.” It’s a little plasticky Poké Ball fob that connects to your smartphone via Bluetooth. Its function is to flash and vibrate to let you know Pokémon are nearby so that you can look around to admire the views (if there are any) rather than hunting through a touchscreen. It’s made with kids in mind: they can have the vibrating plastic while the parent is dragged around with the phone. So, gutted to you, mom and dad, you’re going on a city safari whether you like it or not.

Pokémon GO will be coming out for iOS and Android in 2016.